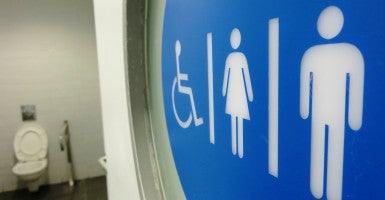 A San Francisco elementary school has created gender-neutral bathrooms for its students in kindergarten and first grade, the “Today” show reported Friday.

Miraloma Elementary School decided to transform two single-stall facilities that had been divided by gender in the classroom into two gender-neutral facilities. Now, any student can use either bathroom.

“There’s an impression that we will have all types of students in the restrooms using the bathroom at the same time, and that’s just simply not the case,” Miraloma Elementary’s principal Sam Bass told NBC.

“You want to make sure every kid feels safe and secure and happy,” Miraloma Elementary PTA president Ellen Shatz told NBC. “So I would hope this is the wave of the future.”

Gedalia Braverman, the parent of a “gender non-conforming” student, told the network, “I think it invites the child, it invites the person into the space, as opposed to putting them into a moment of confusion or anxiety.”

NBC’s report adds that the decision to provide gender-neutral bathrooms for students has “been supported locally,” but has “divided parents and officials at many schools across the country.”

The Daily Signal previously reported that students at a Missouri high school recently walked out of class in protest over the school’s decision to allow a transgendered student to use facilities designated for female students.