307,000 Veterans May Have Died While Waiting for VA benefits. The VA Status Quo Must Change. 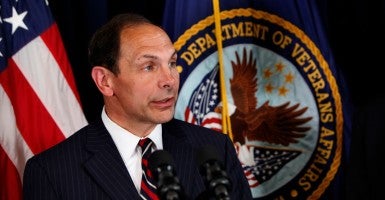 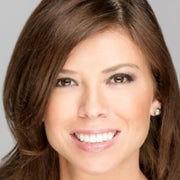 Amber Smith is a writer and commentator. She is a former U.S. Army helicopter pilot and combat veteran of the Iraq and Afghanistan war. Send an email to Amber.

Remember the Department of Veterans Affairs scandal in April, 2014 that exposed veterans had died as a result of waiting for healthcare?

Veterans were placed on fake wait lists and were signed up for ghost clinics and records were manipulated.

Deceit had become the norm in order to make the VA look better in an attempt to not draw attention to the dysfunctional leadership failures running rampant through the bureaucracy.

Nearly a year and a half later what has changed? Nothing.

CNN has reported that the Veterans Affairs Inspector General has found that roughly 800,000 records and applications were delayed in the VA system for healthcare enrollment.

Of those delayed, 307,000 veterans may have died while waiting on an answer from the VA on their application for benefits.

These aren’t veterans waiting on healthcare appointments who are already in the system, but veterans merely trying to accomplish the first step, applying for VA healthcare.

The investigation additionally discovered that a veteran who died in 1988 still had an unprocessed application in the system 26 years later.

Another veteran had applied for VA healthcare enrollment in 1998 had a “pending” status on his record 14 years later.

The Inspector General also found that due to improper management and marking of unprocessed applications, Veteran Affairs employees had likely deleted over 10,000 applications in the past five years.

The report additionally noted that in 2010, employees concealed veterans’ applications in their desks so they didn’t have to process them at that time.

In standard VA practice, the employees were not recommended to be disciplined for their actions.

Recently Veteran Affairs Secretary Bob McDonald voiced his concern that politics were setting the VA up for failure.

His attempt to shift blame is unacceptable as the VA’s top leader.

Enough with the excuses, veterans deserve better than that.

They deserve the quality and timely healthcare they earned, but sadly are not getting.

The agency has an annual budget of roughly $160 billion. In 2014 congress gave the VA an additional $16.3 billion to provide veterans with more choice when it came to their healthcare.

The VA manipulated the intentions behind the choice program, making the option virtually impossible for veterans to use. Again, the VA chose to put the agency ahead of veterans well-being.

The VA has evolved into a massive bureaucracy that facilitates an unethical culture that refuses to accept change.

Its leadership climate fosters zero accountability within the department.

A year and a half after the scandal broke, the VA continues to resist reform that will produce effective results.

Enough is enough. The status quo is unacceptable. The VA needs accountably, choice and access for private care options, and a cultural shift that puts veterans first.

VA reform must become a priority now. Veterans have made tremendous sacrifices and put country before self.

They deserve a VA that serves them, not the other way around.

Because as it stands now, the disgusting reality is that our nation’s finest are left to fight for the benefits they’ve earned – some dying without receiving any of them at all.