23 Tweets on the Kentucky Clerk Jailed Over Gay Marriage Licenses 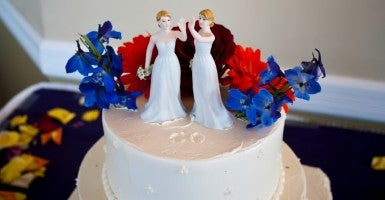 On Thursday, a Kentucky county clerk at the center of a national controversy was sent to jail.

The Lexington Herald-Leader reported that U.S. District Judge David Bunning found Rowan County Clerk Kim Davis in contempt of court and sent her to jail for defying his order to issue marriage licenses to same-sex couples.

BREAKING: Judge sends Rowan Clerk #KimDavis to jail until she agrees to comply with his order to issue marriage licenses.

Twitter users had a lot of opinions about the case.

The Progressive Guide To Law Enforcement: Is the law icky? Do not enforce. Is the law awesome? Enforce w/ vengeance. http://t.co/2u29iC3myF

#KimDavis Is she ok giving marriage certificates to pregnant women? Fornicators? Adulterors? Sure she is…..

You scoffed at our warnings that Christians will be forced to endorse “gay marriage” or go to jail. Scoff no more http://t.co/RG66bmt8OX

Just to clarify: #KimDavis is not in jail for her beliefs. She’s in jail because she refuses to do her job. #DoYourJob — Jena Tesse Fox (@JenaFox) September 3, 2015

#KimDavis isn’t jailed for her beliefs. She’s locked up for violating the rights of citizens while a govt employee. #DoYourJob

#KimDavis underscores the importance of voting in local elections. Too many like her run often without opposition.

I don’t actually care if #KimDavis is going to be perceived as more of a “martyr” from her jail cell. I care that the law is obeyed, period. — Michael Rowe (@rowemichael) September 3, 2015

1. Such sympathy as you find on the Right for Kim Davis derives directly from the brazen lawlessness of Obergefell itself.

2. The moral legitimacy of law, in the American tradition, depends heavily on its connection to the consent of the governed. — Dan McLaughlin (@baseballcrank) September 3, 2015

3. The majority in Obergefell put scarcely any effort into even pretending We the People had given them legitimate authority to decide this.

4. As Scalia says, the people are not fools. When they see the Court & President treat law & popular consent with contempt, they reciprocate — Dan McLaughlin (@baseballcrank) September 3, 2015

5. The voters have caught on to the fact that if a subsection of the legal profession really wants something, it will just seize it.

7. What Kim Davis is doing is illegitimate. But that’s the point. Nobody cared the slightest about legitimacy in putting her to this test. — Dan McLaughlin (@baseballcrank) September 3, 2015

8. A government that treats the values of all as worthy of respect & resolves disputes democratically defuse these problems.

11. That’s how we ended up with a Revolution led by highly conservative subjects of a monarchy. Let’s not be as blind as George III.