Why the Government Can’t Resist the ‘Affordable’ Housing Game 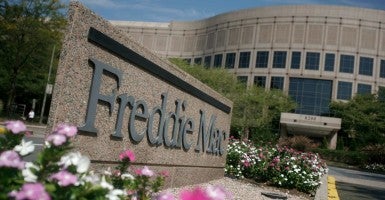 To cap off this anniversary, the Federal Housing Finance Agency, Fannie’s and Freddie’s regulating agency, has announced that these institutions will increase the affordable housing goals of their programs targeted to very low- and low-income borrowers, the very same programs that contributed to the last crisis.

Federal policy leaders seem to have forgotten just how devastating an impact Fannie and Freddie had on the housing market seven years ago.

Almost 5 million of those mortgages proved unsustainable, a disaster for low-income people who had been lured by the government into home purchases they could not afford.

Fannie and Freddie are only the most notable culprits in this ongoing, risky, and ultimately fruitless government-led movement to extend homeownership to those who do not, for whatever reason, have the income necessary to pay off a mortgage.

In addition to Fannie and Freddie, and perhaps less well-known, are the various affordable housing programs administered through the Community Reinvestment Act of 1977, U.S. Department of Housing and Urban Development, the Federal Home Loan Bank System, and the Rural Housing Service at the U.S. Department of Agriculture.

During the last housing crisis, these programs in total held over 7 million non-traditional mortgages, with an outstanding balance of approximately $900 billion.

Overall, government mortgage programs are a classic case of good intentions leading to bad results. By enticing low-income families to mortgage their financial futures for homes they cannot afford, these programs have disincentivized them from building meaningful equity in lower-priced homes, undermined the stability and resiliency of the U.S. housing and financial system, and increased the risk to taxpayers of a costly bailout.

It is time to end these institutions and create a durable and equitable housing finance system built on conservative, free market principles.