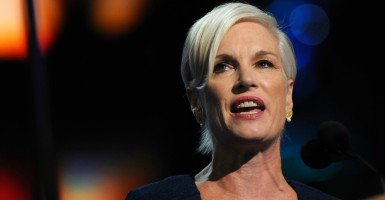 Planned Parenthood has announced the 2015 recipients of the Maggie Awards, given to journalists and activists "for their always honest, brave, and accurate reporting on sexual and reproductive health," said Planned Parenthood Federation of America President Cecile Richards. (Photo: Paul Hennessy/Polaris/Newscom)

Planned Parenthood has announced the 2015 recipients of the Maggie Awards, given to recognize journalists, writers, activists, and social media innovators for their coverage of “reproductive rights, social justice, and women’s health care issues.”

According to Planned Parenthood’s website, the Maggie Awards, named for the organization’s founder Margaret Sanger, “recognize exceptional contributions by the media and arts and entertainment industries that enhance the public’s understanding of reproductive rights and health care issues, including contraception, sex education, teen pregnancy, abortion, and international family planning.”

“We are thrilled to honor this select group of fearless journalists and activists for their always honest, brave, and accurate reporting on sexual and reproductive health,” Cecile Richards, president of Planned Parenthood Federation of America, said in a statement.

“These are the stories that empower and educate—the stories of women, communities of color, members of the LGBT community—and it is incredibly important that these stories are told and amplified over the next year. There is just too much at stake to stay quiet.”

Recipients of the 2015 Maggie Awards are listed below.

.@JamilahLemieux elevates tht Margaret Sanger’s legacy is complex, but we can’t hinge the next 100 years on 1 woman who’s dead #MaggieAwards

Yay for the @PPFA #MaggieAwards! So pleased & honored to be among so many talented writers. http://t.co/Ft0JmYlBjF

Props to @CaseyGueren! Her #MaggieAwards is for her engaging work on sexual & #reprohealth with @BuzzFeed.

Hey loves, so happy to make this announcement: I’m thrilled to be honored at @PPFA‘s #MaggieAwards for Media Excellence!

Congrats to all of the amazing people at @micnews who helped us win a #Maggie award for #FlipTheScript! http://t.co/jSzhCX23B3

Thank you @PPFA – We are so honored to receive a #MaggieAwards tonight!

Welcome to the happiest and proudest night of my career so far, receiving a #Maggie Award on behalf… https://t.co/1L2YoH4WZ0

Proud to be a #MaggieAwards recipient and stand with @planned parenthood during a time whe… http://t.co/t1KNpjSeML pic.twitter.com/60qdYuJKcx

@sadieeehdz giving a S/O to everyone that stood up & supported her protest in TX, like #Raiz vols! #MaggieAwards pic.twitter.com/sE2bS2iVPn

Excellence in Media: The Nation

@KathaPollitt and @thenation wrap up our show, accepting #MaggieAwards for Excellence in Media. Thank you, and congratulations!

On Twitter, many users questioned the ethics of a journalist’s accepting an award from an organization he or she covers.

Check out the award-winning media water-carriers for Planned Butcherhood ==> https://t.co/QLnqungpTo

Re: Planned Parenthood media awards: Would these journos/entertainers (who knows anymore?) be OK will NRA rewarding 2nd Amendment coverage?

I’m a fan of BuzzFeed but I am baffled why they would let themselves be compromised like this. https://t.co/kNkyMtRmWQ

@SethAMandel @seanmdav #MaggieAwards? Are they serious? What a dubious “honor” for their resumes. Repulsive. #PPSellsBabyParts

Congrats to all the journos who accepted an award named after a White Supremacist http://t.co/EJQFJOBX3S

This is what you’re up against https://t.co/CL42AEOQQn