How the Value of $100 Varies Across the Different States 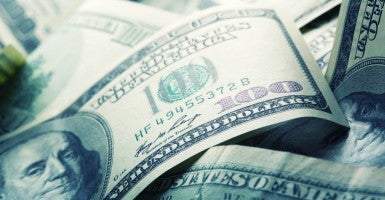 A recent study by the Tax Foundation found that $100 has the most value in Mississippi and the least value in the District of Columbia. (Photo: iStockphotos)

The Tax Foundation, a non-partisan research organization, recently unveiled a study indicating the value of $100 in all 50 states.

“This is because there is a relationship between the two: In places with higher incomes, the prices of finite resources like land get bid up,” Cole and Drenkard wrote in the report. “But the causation also runs in the opposite direction. Places with high costs of living pay higher salaries for the same jobs. This is what labor economists call a compensating differential; the higher pay is offered in order to make up for the low purchasing power.” The ramifications of these statistics relate to public policy and its implementation because policies are often created based off of the dollar’s value.

“Many policies—like minimum wage, public benefits, and tax brackets—are denominated in dollars,” Cole and Drenkard wrote in the report. “But with different price levels in each state, the amounts aren’t equivalent in purchasing power.”

Because of this, those living in more expensive states typically pay more in federal taxes without benefitting from higher standards of living.

The Tax Foundation generated these statistics based off of the the Bureau of Economic Analysis’ recent publication measuring real personal income for states in 2013.