What World Health Organization Did Wrong On Ebola Response 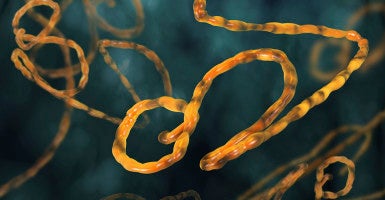 Mistakes were made in the handling of the Ebola crisis. (Photo: Bumbasor / iStock)

The 2013 outbreak of Ebola in Guinea, Liberia, and Sierra Leone claimed over 11,000 lives. The World Health Organization was heavily criticized for its response to the outbreak, with some claiming that its efforts actually exacerbated the suffering. Stung by these charges, WHO commissioned a group of independent experts to assess its response and recommend improvements.

The experts issued their final report last month. It identified a number of failings including inadequate understanding of the nature of the outbreak, poor decision-making within WHO, and over-deference to political considerations. Most damning of all, the report concluded that “WHO does not have the capacity or organizational culture to deliver a full emergency public health response.”

That’s a serious problem for an organization meant to take the lead in health emergencies and coordinate an effective international response.

The report makes a number of valuable recommendations on improving WHO’s capacity to identify, declare international health emergencies, and respond effectively. Implicit in the report is the notion that emergency preparedness and response should be the central mission of WHO.

In an analysis published earlier this year, Heritage Foundation experts also called on WHO to focus on “building the capacity of national health systems in developing countries and monitoring and coordinating the international response to epidemic disease.”

Naturally, if WHO is to emphasize this mission, it will need to dedicate more resources to it. The panel report recommends that member-states support WHO budget increases and contribute to a contingency fund that can be tapped when a major outbreak occurs. But the report never asks whether WHO’s current budget is appropriate. Sadly, it’s not.

Despite the Ebola crisis and WHO’s faltering response, the 2016-2017 budget would slash outbreak and crisis response funding even further—to $204.5 million from the current $227.5 million—even though the organization’s  overall budget would balloon to $4.385 billion.

So where does all the money go? The budget allocates more money to non-communicable diseases, including substance abuse and violence, than to outbreak and crisis response. “Promoting health through the life-course,” including reproductive health and aging, receives more money, too. And WHO spends $684 million on corporate services and enabling functions—three times the amount budgeted for outbreak and crisis response.

This is a poorly prioritized budget for an organization that should be dedicated to preventing communicable disease and responding quickly and decisively to outbreaks.

Moreover, many of WHO’s budgeted programs are duplicative. Governments, businesses, and individuals outside of WHO spend enormous sums on substance abuse, aging, nutrition, disabilities, and other health concerns that are not communicable and that, though serious, do not present an international pandemic threat.

WHO also replicates efforts of other international organizations. The U.N. Populations Fund focuses on reproductive health; UNICEF focuses on children’s health; and the Global Fund to Fight AIDS, Tuberculosis and Malaria is dedicated to combating those diseases. In other words, WHO budgets hundreds of millions on health issues that already have well-funded international organizations specifically dedicated to dealing with them.

Unfortunately, WHO and its member-states give this critical mission short shrift—programmatically and budgetarily. This needs to change, but it does not require an overall increase in WHO’s budget. Instead, WHO must refocus its resources on its unique mission, while simultaneously fixing its many bureaucratic and organizational problems.