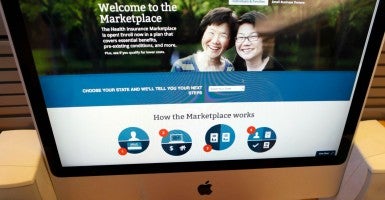 In the wake of the Supreme Court’s decision in King v. Burwell, President Obama has claimed that Obamacare is working and here to stay.

In truth, the actual effect of the Supreme Court’s decision leaves Obamacare unchanged, and the law is certainly not working well.

Not only will Obamacare’s current political and operational problems continue, but new ones will crop up as more provisions of the law take effect.

This means that as Congress plots a course for repeal and replace, states should help prepare the way by starting to plan for a post-Affordable Care Act world.

What isn’t working with the Affordable Care Act?

For starters, many who received Obamacare coverage subsidies in 2014 had a rude awakening when filing their tax returns this past April.

Half of all 2014 subsidy recipients were required to pay money back to the IRS—on average $800 each.

This was due to Obamacare’s complex subsidy calculations, which are based on each enrollee’s estimated income for the coming year.

Not surprisingly, many enrollees’ estimates turned out to be either too high or too low.

Yet the same situation will occur next year, and every year thereafter.

Because the Obamacare subsidy calculations won’t get any less complicated, and subsidy recipients (who tend to have irregular earnings) are not likely to get any better at estimating their future incomes.

At the same time, while HHS eventually managed to fix the Healthcare.gov website, much of the “back end” infrastructure for handling transactions between the government and insurers is still incomplete and error-prone.

Then there are the state-based exchanges, which have proven to be costly—and in several states, unworkable—undertakings.

Even some states that were enthusiastic early adopters of Obamacare, such as Hawaii, are giving up and looking for a way out.

The Court’s decision in the King case actually makes it easier for those states to simply hand the problem back to the federal government.

Premiums continue to climb, as can be seen from the numerous insurers seeking double-digit rate increases for 2016.

Of course, the administration is pressuring insurers to curb those rate increases, but that strategy only goes so far. Insurers will simply drop out if they are not allowed to charge rates that cover their costs.

What lurks down the road doesn’t look particularly good, either. There will likely be more big rate increases in coming years.

One reason is that Obamacare’s “reinsurance” program—which imposes $20 billion in taxes on employer plans over three years (2014-2016) and distributes that money to individual market plans to hold down premiums—will no longer be available starting in 2017. Some analysts expect that premiums could be 61 percent higher by 2023 compared to 2015.

Under another Obamacare provision, the law’s costly benefit mandates on individual and small employer (50 or fewer workers) plans will be extended to employers with up to 100 employees starting January 1, 2016.

The individual mandate penalty amounts will also increase next year. The IRS reports that for 2014, about 7.5 million households paid the penalty, more than originally projected.

Obamacare’s tax on insurance premiums will keep going up each year, while the law’s new tax on “high cost” employer plans (many of which cover unionized workers) takes effect in 2018.

Even those who support the law are beginning to recognize that changes to it are inevitable. Yet most of their solutions would likely drive further government spending and regulation.

Thus, given the fact that Obamacare is operationally and politically unstable, it is only a matter of time before the law is reopened.

States Should Limit Their Risks

As we outline, for now states should limit their risks of exposure and involvement in the Affordable Care Act by steering clear of state exchanges, resisting pressure to adopt the Obamacare Medicaid expansion, and holding back on investing in so-called State Innovation Waivers (Sec. 1332 waivers)—these waivers offer little room for real flexibility and are built around preserving the Obamacare infrastructure.

From there, states should develop plans for a post-Obamacare world by pursuing an aggressive agenda built on the assumption that the authority over the health insurance markets will eventually be returned to the states.

Specifically, states should use this time to re-evaluate and refine their pre-Obamacare regulations to promote a market that is more affordable, has more options, and provides better access to care than the Affordable Care Act, or even previous state law.

At the same time, states should look to remove barriers to competition and innovation in state law that might have been in place even before the Affordable Care Act.

This administration is trying to convince Congress, the states, and the American people that Obamacare is here to stay, but nothing could be farther from the truth.

Public opinion has yet to flip in favor of the law.

As implementation continues to limp along, it is unlikely that Obamacare will win more support.

Now is the time for states to start thinking about the post-Obamacare future.