There Are Nearly 300 Cases of Voter Fraud in America 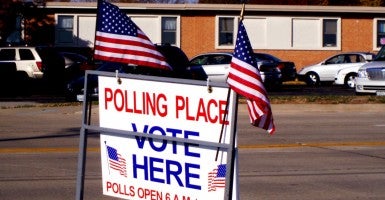 The Heritage Foundation’s list of nearly 300 documented cases of voter fraud in the United States continues to grow.

Recent additions reveal that voter fraud is not just an individual or isolated crime; in some counties and communities, election fraud is almost a way of life.

These additions again reinforce the need for measures such as voter ID laws and procedures designed to verify the accuracy of voter registration information are needed to prevent these crimes in the first place.

Take East Chicago, Ind., for example, a town made infamous by the extensive voter fraud that occurred there in the 2003 Democratic mayoral primary election.

The fraud was so pervasive that the Indiana Supreme Court overturned the results of the primary and ordered a new special election that resulted in a different winner.

Pastrick won the primary by garnering more absentee ballot votes than his nearest opponent, George Pabey, who received more in-person votes. Once that result was overturned, a new primary election was held and Pabey prevailed.

State and local officials convened a voter fraud task force to investigate and prosecute the perpetrators of this scheme.

The task force secured 46 convictions over a few years.

Many of these would-be election thieves submitted absentee ballots despite not even living in the city of East Chicago.

Joseph Pedraza and Constance D. Simmons-Pedraza, for example, falsely claimed residence in East Chicago so they could vote there in the 2003 Democratic primary.

City employment records revealed that both actually resided in the nearby town of St. John. They pleaded guilty in 2008 to voting in a precinct where they did not live and were each sentenced to a one-year suspended prison sentence.

Larry Battle, who had a prior history of “crimes of dishonesty,” also pleaded guilty to voting outside his precinct for the election.

At his sentencing hearing, Battle’s lawyer, Willie Harris, asked the judge for leniency, pointing out that everybody was voting outside their precincts.

Unpersuaded by the “everybody was doing it” defense, the judge sentenced Battle to two years in prison.

Another defendant, Tamika Lay, echoed Harris’s sentiments, expressing frustration to the judge at her sentencing hearing at being held accountable for her fraudulent vote. “People have been doing it [fraudulent voting] for years, and all of a sudden they want to do something about it,” she lamented.

These comments indicate an extraordinary and unsettling nonchalance toward crimes that undermine the integrity of the democratic electoral process.

Moreover, they suggest that a culture of voter fraud pervades communities like East Chicago across America, to the point that voter fraud is no longer seen as an insidious and illegal activity but rather an accepted way of life.

East Chicago is certainly not the only home of systematic attempts to steal elections; another new addition to Heritage’s ever-growing list of documented voter fraud convictions is a collection of cases from Benton County, Miss., stemming from a 2007 election in which 16 individuals orchestrated an elaborate vote-buying scheme.

In Knott County, Ky., Judge Executive (the chief executive of that county) Donnie Newsome and co-conspirator Willard Smith were convicted on federal charges for organizing a conspiracy to pay several impoverished, handicapped, illiterate, or otherwise impaired persons to vote for Newsome and others by absentee ballot in the 1998 Democratic primary election.

Newsome was sentenced to 26 months in prison. Smith got a 24-month sentence.

A jury convicted Thompson and three co-conspirators of a vote-buying scheme that involved use of public funds.

This was hardly the end of voter fraud in Lincoln County. Local public officials pleaded guilty in 2012 to falsifying absentee ballots and stuffing the ballot boxes in an effort to rig the 2010 Democratic primary. A judge overturned the results of one of the primary elections after throwing out 300 fraudulent ballots.

Justice ultimately prevailed in these cases. The fraudsters and thieves were held accountable for their crimes.

It is imperative that we root out these cultures of entrenched voter fraud in communities throughout the country.

It goes without saying that elections should be won by those who win through a fair democratic process, rather than by those with the most unethical supporters. That is why efforts to crack down on voter fraud are critical.

And though it may come as a surprise to the partisans who claim that efforts to maintain electoral integrity are sinister, there is one final lesson from the East Chicago Democratic primary: The perpetrators of voter fraud are not just committed to cheating their ideological opponents.

They’ll take out members of their own party if they have to.

Legislators and officials in states and localities across the country can and must act now.

Our posterity should not have to dream of something called a “fair election.”