This Could Be the Most Important Voting Case in 60 Years 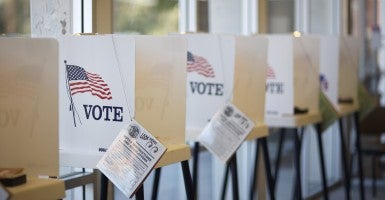 Redistricting principles could be changed by this court case. (Photo: Gettyimages.com / hermosawave)

Evenwel v. Abbott may wind up being the most important voting case in sixty years. Its political ramifications could rival those of Reynolds v. Sims, the 1964 case that established the principle of “one person, one vote” under the Equal Protection Clause of the Fourteenth Amendment. The key question in Evenwel is, what population does that principle require legislatures to use when they are redrawing legislative districts?

Prior to Reynolds, states like Alabama and Tennessee had refused to redistrict for more than half a century, despite a dramatic, nationwide population shift from rural to urban areas. These state legislatures were dominated by rural legislators, who were not willing to reapportion and lose their power and control.

Under the principle established in Reynolds, districts have to be drawn “on a basis that will insure, as far as is practicable, that equal numbers of voters can vote for proportionally equal numbers of officials.” Within two years of the Reynolds decision, legislative districts had been redrawn in almost every state, and urban areas gained a substantial number of legislative seats.

Today, lawmakers from urban areas dominate many state legislatures because of the huge influx of non-citizens, both legal and illegal, into predominantly urban settings. This greatly increases the population of non-voters who can be and are used to fill in urban legislative districts. If the Court rules for the plaintiffs, there could be a similar loss of clout by urban areas that rural districts experienced after Reynolds.

Evenwel and Pfenninger argue that this disparity significantly dilutes their votes in comparison to those of voters who live in districts with large numbers of non-voters, particularly districts with large numbers of non-citizens who are ineligible to vote and may not even be in the country legally. According to this logic, their votes were worth roughly half that of voters in other districts.

Evenwel and Pfenninger lost their constitutional challenge before a three-judge panel and appealed directly to the Supreme Court. The plaintiffs argue that the “one-person, one-vote principle protects the rights of voters to an equal vote.” They contend that a “statewide districting plan that distributes voters or potential votes in a grossly uneven way, therefore, is patently unconstitutional under Reynolds and its progeny.”

The Supreme Court has left unresolved the issue of what is the appropriate population to use for redistricting, whether it is total population, voting age population, citizen voting-age population, citizen-eligible voting-age population or some variant thereof. In Burns v. Richardson (1966), the Court said it was up to states to choose what population to use “unless a choice is one the Constitution forbids.” They did warn in Burns about using registered voters or “actual voter basis,” because that population is “susceptible to improper influences by which those in political power might be able to perpetuate underrepresentation of groups constitutionally entitled to participate in the electoral process.”

But the Court also said states are not “required to include aliens, transients, short-term or temporary residents, or persons denied the vote for conviction of crime.” Additionally, while absolute parity of population is not required, the Court has established that a state legislative redistricting plan with a population deviation that exceeds ten percent creates a prima facie case of discrimination.

In 2001 the Court denied certiorari in another case out of Texas that raised this same issue, Chen v. City of Houston. Justice Clarence Thomas dissented from the denial in that case, saying the Court should have taken up the case because it had “left a critical variable in the [‘one person, one vote’] requirement undefined. We have never determined the relevant ‘population’ that States and localities must equally distribute among their district.” According to Thomas, this failure means that the “one-person, one-vote principle may, in the end, be of little consequence if we decide that each jurisdiction can choose its own measure of population.”

The plaintiffs obviously agree. In their “Jurisdictional Statement,” they point out that, absent such a determination, the legislature could have drawn a senate districting plan with thirty-one districts of equal population without violating the “one person, one vote” principle “even if 30 of the districts each contained one voter and the 31st district contained all other voters in the State.” As they argue, “That cannot be correct.”

The plaintiffs also cite Judge Alex Kozinski’s partial dissent in Garza v. County of Los Angeles (1991), in which the Ninth Circuit held that total population was the correct population to use regardless of voters because “the people, including those who are ineligible to vote, form the basis for representative government.” However, Kozinski disagreed, because the theory “at the core of one person one vote is the principle of electoral equality, not that of equality of representation.”

Kozinski added that a “districting plan that gives different voting power to voters in different parts of the county .. even though raw population figures are roughly equal … certainly seems in conflict with what the Supreme Court has said repeatedly” with regard to equal protection and “one person, one vote.” Equal protection “protects a right belonging to the individual elector and the key question is whether the votes of some electors are materially undercounted because of the manner in which districts are apportioned.”

Groups claiming to represent the interests of Hispanics are upset that the Supreme Court took this case. Nina Perales of the Mexican American Legal Defense and Education Fund claims this is “an attempt to cut back on growing Latino political strength in [Texas] by packing Latinos into a smaller number of districts.” But those groups and the U.S. Justice Department, with whom they are almost always allied in lawsuits filed under the Voting Rights Act, will have a tough time making these arguments. In redistricting suits that it brings under Section 2 of the VRA, the department almost always bases its claims on citizen voting-age population rather than total population.

That policy is plain on the face of the lawsuits the Justice Department filed in cases ranging from Lake Park, Florida, to Boston, Massachusetts. In its complaint against the School Board of Osceola County, Florida, for example, on behalf of Hispanic voters, the department made it very clear that it was suing under Section 2 in order to obtain a school board district in which “Hispanic persons would constitute a majority of the citizen voting-age population in one out of five districts.”

Conservatives are being faulted in this case for supposedly wanting some people to count more than others. That is categorically untrue. What is true is that if the Supreme Court really meant what it said when it established the “one person, one vote” principle, then the votes of voters must be valued the same as other voters. That can’t happen when you included millions of non-citizens in the populations you use to determine legislative districts. In fact, as Sue Evenwel and Edward Pfenninger demonstrate, their votes were diluted to make them less valuable than those of other voters. So, in fact, those who support what Texas did here do want some people’s votes to count more than others—specifically, they want the votes of certain groups to count more than those of other voters.

If the Supreme Court rules in favor of the plaintiffs, what effect could it have? Democratically controlled legislative seats tend to have larger numbers of non-citizens than do Republican seats. Sean Trend, the senior elections analyst at RealClearPolitics, points out for example that in the heavily Democratic areas of Queens and Kings County, New York, only seventy-eight percent of the residents are citizens. Compare this to more Republican Nassau County, where ninety-one percent of the residents are citizens. Similarly, in the 2012 election, “counties with high citizen populations were more likely to vote for Mitt Romney” than Barack Obama. Legislative districts would probably get redrawn in parts of the country with large non-citizen populations, with a noticeable shift towards Republicans.

But in the final analysis, it is not the potential political effects that make this case important. What makes it important is the principle of “one person, one vote.” While states have a great deal of leeway under our federalist system, the Supreme Court determined sixty years ago that they have to apply equal protection to the election process, particularly when determining the districts in which voters exercise their basic right to choose their representatives.