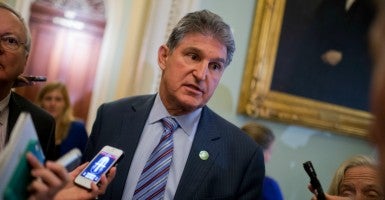 Serious questions have been raised as to whether Planned Parenthood is selling tissue and body parts of unborn babies for profit. So serious that Congress is planning to hold investigations this fall.

But apparently not serious enough to get 60 members of the U.S. Senate to be willing to vote Monday to take taxpayer dollars away from the abortion giant and redirect them to other health clinics that don’t perform abortions.

There is some good news. The fact that there were 53 votes to defund Planned Parenthood Monday will be a very important number when Congress returns in September.

Because Congress hasn’t passed individual appropriation bills to fund various government agencies, departments and programs, it will have to put all those appropriations into one big continuing resolution this fall, and pass it, to keep the entire government operating.

The question is, do the 46 senators who voted for continuing to fund Planned Parenthood believe it is so important to continue giving taxpayer dollars to the nation’s largest abortion provider, especially in light of the current scandal, that they will refuse to pass a continuing resolution that doesn’t fund Planned Parenthood? Are they willing to shut down the government rather than pass such a continuing resolution?

Sadly, the answer to that question is likely yes. But it doesn’t have to be.

It is not unprecedented for both political parties to come together to defund organizations found committing activities that are unethical at best and illegal at worst.

Remember the Association of Community Organizations for Reform Now, better known as ACORN? It too found itself in hot water when an undercover video investigation exposed the group’s fraudulent behavior. The House and Senate, by large majorities, voted in 2009 to strip the group of all federal funding.

Most of the action to limit abortions has been taking place at the state level in recent years, but now the opportunity for a pro-life victory has found its way to the national stage—and just in time for Congress’s August recess.

Members of Congress, especially those who claim to be pro-life, have a choice to make. It shouldn’t be a hard one.

There are many other ways to make sure women have access to health care besides funding Planned Parenthood.

According to the Charlotte Lozier Institute, there are over 9,000 federally qualified health centers operating around the country. Each year they provide 21.1 million Americans, in both rural and urban areas, with many of the same health services, with the exception of abortion, Planned Parenthood claims it provides. By comparison, Planned Parenthood operates only 700 centers and serves only 2.8 million people.

And for the record, Planned Parenthood does not have a license to perform mammograms at any of its facilities. Not one. But that doesn’t mean American women have nowhere to turn—according to the Food and Drug Administration, there are over 8,000 licensed mammogram facilities operating across the country as of July 2015. And yet, even with those facts (and the videos featuring Planned Parenthood staff negotiating pricing for the sale of tissue and body parts) staring them in the face, the Senate is currently unable to defund the scandal-ridden organization.

Supporters of defunding Planned Parenthood, which included almost all Republican senators (Mark Kirk of Illinois voted against the measure) and two Democrats (Joe Manchin of West Virginia and Joe Donnelly of Indiana voted for it), didn’t have the 60 votes they needed to get the bill on the floor of the Senate this week.

That’s a shame. But this battle is far from over.

This article has been corrected to reflect that Joe Donnelly represents Indiana, not Pennsylvania.