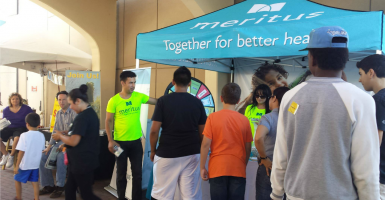 A new audit from the Department of Health and Human Services inspector general found that 22 of the 23 co-ops created under Obamacare experienced net losses in 2014, including Meritus Health Partners in Arizona. (Photo: Meritus-Arizona/Facebook)

A new report from a government watchdog examining the success of taxpayer-funded Obamacare co-ops found that the vast majority lost money last year and struggled to enroll consumers, throwing their ability to repay the taxpayer-funded loans into question.

According to the audit from the Department of Health and Human Services’ inspector general, 22 of the 23 co-ops created under the Affordable Care Act experienced net losses through the end of 2014. Additionally, 13 of the 23 nonprofit insurers enrolled significantly less people than projected.

Co-ops, or consumer-oriented and operated plans, are nonprofit insurance companies created under Obamacare. Co-ops exist in a variety of capacities, and lawmakers hoped the entities would foster competition in areas where few insurance options were available.

The co-ops received $2 billion in loans from the Centers for Medicare and Medicaid Services to assist in their launch and solvency. However, the government watchdog warned that repayment may not be possible.

“The low enrollment and net losses might limit the ability of some co-ops to repay startup and solvency loans and to remain viable and sustainable,” the report said.

Andy Slavitt, head of the Centers for Medicare and Medicaid Services, attributed the co-ops’ financial losses to the difficulties of moving into a new market.

“The co-ops enter the health insurance market with a number of challenges, [from] building a provider network to pricing premiums that will sustain the business for the long term,” he said. “As with any new set of business ventures, it is expected that some co-ops will be more successful than others.”

>>> The Path to Repeal Obamacare With Just 51 Votes

Roughly half of the nonprofit co-ops struggled to enroll consumers, and the vast majority experienced significant losses in 2014.

By contrast, New York far surpassed its enrollment projections. As of Dec. 31, Health Republic Insurance of New York signed up 155,402 people. It expected to enroll 30,864.

Additionally, 22 of the 23 co-ops experienced net losses as of Dec. 31, with the exception of Maine Community Health Options, which was profitable. Just two insurance companies, including the co-op, offered plans on the federal exchange in Maine. Maine Community Health Options offered the lowest-priced coverage and enrolled 80 percent of marketplace consumers in the state, according to the inspector general.

In South Carolina, Consumers’ Choice Health Insurance Company exceeded profitability projections as of the end of 2014. However, the co-op still incurred net losses of $3.8 million. It expected a net income loss of $8.1 million.

Information regarding income for the co-op serving Iowa and Nebraska, CoOportunity, was not available, as the insurer was liquidated in March. CoOportunity received $145.3 million from the federal government in startup and solvency loans.

The report from the Department of Health and Human Services watchdog came after Louisiana’s co-op, Louisiana Health Cooperative, Inc., announced last week it would be discontinuing operations at the end of the year. The nonprofit insurer projected to enroll 28,106 Louisiana consumers in 2014 but signed up just 9,980 through the federal marketplace.

According to the inspector general’s report, the Centers for Medicaid and Medicare Services placed four co-ops on “enhanced oversight and corrective action plans.” Two were put on notice for low enrollment.