The Taxpayer-Funded Louisiana Co-Op Created Under Obamacare Has Collapsed 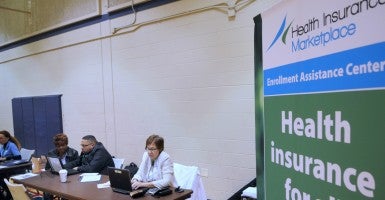 The Louisiana Health Cooperative, a co-op created under Obamacare, announced Friday it would be ending operations. It is the second co-op to close its doors and received close to $66 million from the Centers for Medicare and Medicaid Services. (Photo: Paul Hennessy/Polaris/Newscom)

On Friday, the Louisiana Department of Insurance announced that the state’s consumer operated and oriented plan, or co-op, would be discontinuing its operations at the end of 2015. Louisiana’s is the second co-op created under to Obamacare to close.

According to the Department of Insurance, the Louisiana Health Cooperative will not be offering plans to consumers next year, but it will continue its coverage of the 17,000 Louisiana consumers currently receiving health insurance through the co-op.

Many of those consumers purchased their plans with the Louisiana Health Cooperative on the federal exchange, HealthCare.gov.

“It is a difficult time for health insurers of every size,” Louisiana Insurance Commissioner Jim Donelon said in a statement. “The onerous burdens of Obamacare have shocked health insurance markets and caused instability in pricing and predictability, and as a result, we’ve seen premiums spike upward.

“Start-ups in insurance, especially health insurance, are always a tough row to hoe. Obamacare has made that even more difficult,” Donelon continued.

The Louisiana Health Cooperative enrolled 7,773 consumers during Obamacare’s first open enrollment period. It had set a goal of signing up more than 28,000.

The co-op was one of 23 started under Obamacare. It received close to $66 million from the Centers for Medicare and Medicaid Services, which included an additional $750,000 from the federal government in start-up funding.

Though they received funding through start-up and solvency loans, many of the co-ops have struggled to take off.

The Daily Signal conducted an analysis of all 23 co-ops in February and found that just one, Maine Community Health Options, was profitable last year. CoOportunity Health, a nonprofit that served Nebraska and Iowa, closed its doors earlier this year after its customers’ medical claims far outpaced what it brought in from premiums.

It’s not yet known if the Louisiana Health Cooperative will be able to repay the $66 million it received.

“We will continue to closely review the financial status of the company in order to work to ensure that the co-op has the financial ability to pay all claims,” Donelon said. “We do not want anyone, whether a policyholder or a doctor or hospital or pharmacist that has claims, to be left unpaid.”