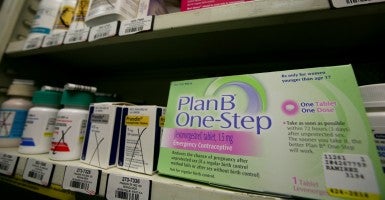 More than 20 percent of teenage girls have used the morning-after pill, according to a study by the Centers for Disease Control and Prevention. (Photo: Aurelia Ventura/La Opinion/Newscom)

An increased number of teenage girls—more than 20 percent—have used the morning-after pill, according to a new study by the Centers for Disease Control and Prevention.

The morning-after pill is easily accessible since no prescription is required, and in 2013, the 18-year-old age limit required to purchase the pill was eliminated.

According to Bill Albert, chief program officer for The National Campaign to Prevent Teen and Unplanned Pregnancy, this study is indicative that “teens, like adults, often are not very good at contraception,” given the increased usage rates once the age limit was lifted.

Unlike regular birth control, the morning-after pill contains a higher dose of the female hormone progestin. As a result, if the drug is consumed within 72 hours of unprotected sex, chances of pregnancy are reduced by nearly 90 percent.