The Different Social Visions of Liberals and Conservatives 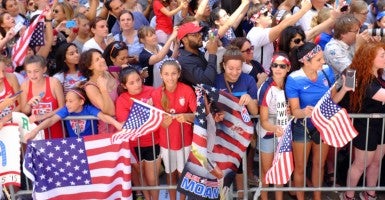 Our views of culture and society matter. (Photo: Andrea Renault/Polaris/Newscom)

The index before you is more than a book of sta­tistics—more even than a diagnosis of America’s economy and culture. It is first and foremost a cor­rective to a misguided way of thinking about society that too often holds sway in American politics.

>>> Read The Heritage Foundation’s 2015 Index of Culture and Opportunity, which includes this essay.

The nature of America’s political and policy debates can sometimes foster a profound misun­derstanding of the nature of American society—and indeed of all human societies. To make challenges easier to understand and address, people divide pol­itics into discrete “issues” and try to take them up individually. There are education debates, welfare debates, and entitlement debates. There are infra­structure bills and immigration bills and defense bills. There is a health care system and a financial system and a transportation system.

Dividing up public affairs in this way presents each “issue” as a distinct set of problems in search of a distinct set of solutions, and political debates pro­ceed as arguments about the nature of the problems and the desirability of various proposed solutions in each case.

The American Dream is in danger

This is a sensible way to think about a lot of the challenges America faces, but it is inadequate when it comes to the most important and most difficult challenges—those that have to do with the underly­ing health and strength of the nation as a whole and therefore with the prerequisites for human flourish­ing, for prosperity, for opportunity, and for liberty in this country.

Americans have clearly had the sense in recent years that the country is in some trouble on this front—that too many of our fellow citizens are denied the opportunity to lead flourishing lives, that prosperity and economic mobility are too often out of reach, and that the liberty that gives meaning and substance to the American Dream is in danger.

Thinking about these broadest and deepest of our public problems brings out most powerfully some of the key differences between conservatives and lib­erals in America. The left and the right think about society in different ways.

For conservatives, a society is ultimately and above all an intergenerational compact—a kind of sacred trust across time—for the protection of fun­damental natural rights and the advancement of essential human goods. We the living members of American society are graced with a magnificent inheritance and are entrusted to preserve and refine its strengths, to work to mitigate its weaknesses, and to pass it along in even better condition to those who will come after.

Too many of our fellow citizens are denied the opportunity to lead flourishing lives, prosperity and economic mobility are too often out of reach, and the liberty that gives meaning and substance to the American Dream is in danger.

Conservatives understand society as an organic outgrowth—a kind of sum and sub­stance—of a set of social arrangements that begin in loving family attachments, spread outward into per­sonal commitments and relationships in civil soci­ety and local communities, reach further outward toward broader state and regional affinities, and conclude in a national identity that among its fore­most attributes is dedicated to the principle of the equality of the entire human race.

Society is thus like a set of concentric rings, begin­ning with the most concrete and personal of human connections and concluding with the most abstract and philosophical of human commitments. Each ring, starting from the innermost sanctum of the family and the individuals who compose it, anchors and enables the next and is in turn protected by it and given the room to thrive. The outermost ring of society is guarded and sustained by the national gov­ernment, which is charged with protecting the space in which the entire society can thrive—the space between the individual and the nation as a whole, the space occupied by society. This means that it must neither invade that space nor allow it to collapse.

How liberals understand the nature of society

Liberals proceed from a rather different general understanding of the nature of society. The left’s social vision tends to consist of individuals and the state so that, essentially, all common action is ulti­mately government action. On this view, the govern­ment’s purpose is to liberate individuals from mate­rial want and moral sway. As former Rep. Barney Frank, D-Mass.. put it at the Democratic National Convention in 2012, “There are things that a civilized society needs that we can only do if we do them together, and [when] we do them together that’s called government.”

This basic difference of social visions helps to explain why conservatives and liberals sometimes understand our society’s deepest problems so differ­ently.

The mediating institutions that fill the space between the individual and the government are often viewed by the left with suspicion. They are seen as instruments of division, prejudice, and selfishness or as power centers lacking in democratic legitimacy.

Liberals have frequently sought to empower the government to undercut the influence of these insti­tutions and put in their place public programs and policies motivated by a single, cohesive understand­ing of the public interest. Their hope is to level the complex social topography of the space between the individual and the government, breaking up tightly knit clusters of citizens into individuals but then uniting all of those individuals under the national banner—allowing them to be free of family or com­munity norms while building solidarity through the common experience of living as equal citizens of a great nation.

This basic difference of social visions helps to explain why conservatives and liberals sometimes understand our society’s deepest problems so differ­ently. To many liberals, who view society as a com­pact among individuals for their mutual material betterment, the persistence of entrenched pover­ty, family breakdown, social dysfunction, and poor mobility in many communities in America looks like a function of a failure to allocate resources proper­ly.

Liberals often blame these phenomena on selfish interests that they believe actively stand in the way of social progress. Their solution is to double down on the basic liberal approach to social policy: to pro­mote public programs that address economic imbal­ances through redistribution.

To conservatives, who view society as an intergen­erational compact for the preservation of the prereq­uisites for human flourishing to be advanced through the complex, layered architecture of our mediating institutions, the persistence of such daunting social problems suggests a breakdown of these core insti­tutions, especially those that are deepest and closest to the core: the family and civil society.

The importance of intergenerational obligations

Because our most important social institutions are those that are most defined by intergeneration­al obligations, our most significant social problems are often those that arise at the juncture of the gen­erations: failure of family formation, failure to meet parental obligations, failure to protect the very youngest and the very oldest—the most innocent and vulnerable among our fellow citizens.

Because freedom is ultimately made possible by and exists for the sake of our most direct and person­al commitments, the greatest challenges to liberty are challenges to the freedom of action of our insti­tutions of civil society—challenges that are often advanced under the banner of liberating individuals but that actually take the form of restricting dissent and constraining expression and action (as we have seen of late, for instance, in some prominent public battles over religious liberty).

Because liberals tend to ignore the significance of much that happens at the juncture of the genera­tions and much that is done by our mediating insti­tutions, they often find themselves perplexed by the deepest and most enduring social problems we con­front—unable to explain the problems’ persistence except by inventing scapegoats to blame and incapa­ble of addressing them except by frantically moving money around in the hope of finding just the right balance of payments to heal our society.

Conservatives, on the other hand, know that explaining the persistence of entrenched, intergen­erational poverty—despite half a century of mas­sive public programs to address it—requires tak­ing into account the interconnectedness of the generations and the institutions that make up com­munities. Conservatives blame neither any malice of the wealthy and powerful nor any failure of will among the poor, but instead the intrinsic inclination of all human beings to fall into self-serving apathy or self-defeating vice in the absence of sound social institutions and norms.

Conservatives understand that material poverty and spiritual disorder exac­erbate one another in an ever-intensifying spiral of misery that can be broken only by material support and social order—a blend of aid and love that must be delivered in person. A true social safety net has to involve more than a government check.

That is why liberals seeking to describe the most significant challenges our country now confronts tend to resort to abstract portraits of inequality while conservatives point to the key indicators of social health and human flourishing—that is, to the state of American families and of civil society.

That is what this index does and why it does it. The institutions it tracks are those that fill the space between the individual and the state: fami­lies, schools, local religious and civic institutions, and a robust free economy. The trends it follows chart the state of the core prerequisites for a flour­ishing society. The questions it asks are those that conservatives take to be essential to understanding the state of American life.

And the answers it finds are, in all too many cases, quite distressing. Family breakdown, an enervation of civil society, a dearth of educational and econom­ic opportunities, and a lack of social mobility stand in the way of far too many Americans. Not all of the trends are depressing; even some crucial ones like teen pregnancy and abortion rates are moving in the right direction. But the general picture for the most vulnerable and disadvantaged Americans is one of social and economic disadvantage building upon one another in a cycle of ruin that the nation must not abide.

This diagnosis does not come complete with neat prescriptions. Addressing America’s current social and economic dysfunction will be no easy feat. But in order to try, society needs a clear picture of the challenges it confronts. That means first asking the right questions, an endeavor often thwarted by the politics of “issues” and the radical individualism that is so endemic today.

In that respect, at least, this index is not merely an insightful diagnosis but the beginning of a cure. 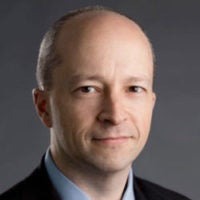 Yuval Levin is Hertog Fellow at the Ethics and Public Policy Center and editor of National Affairs.