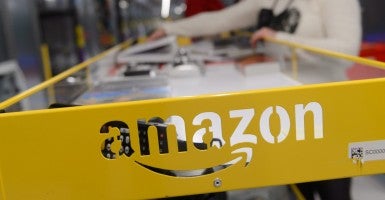 A day after The Daily Signal reported on controversial reviews for Ryan T. Anderson’s new book on Amazon.com, the country’s largest Internet retailer said it has removed reviews that included photos of Nazi concentration camps.

Anderson’s book, “Truth Overruled: The Future of Marriage and Religious Freedom,” had one-star ratings that included pictures of men in what looked to be a World War II-era concentration camp. The reviewer argued that the book was modern-day fascism. 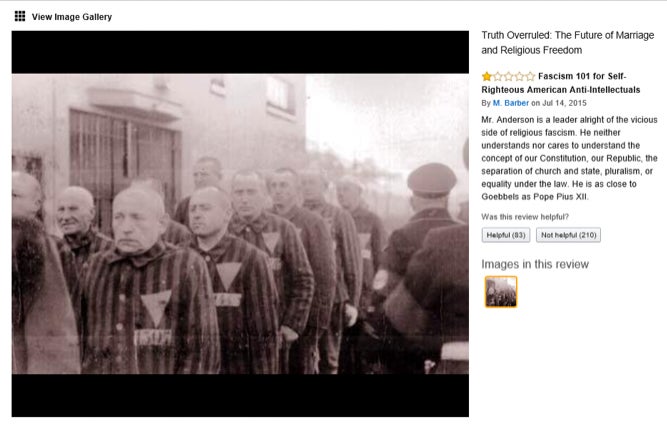 Amazon spokeswoman Julie Law said that the review, along with another review that had a picture of a concentration camp uniform, were removed because they violated Amazon’s customer review guidelines. Those guidelines prohibit “objectionable material,” including profanity and distasteful content, in reviews. Law did not say if other reviews had also been pulled for violating the guidelines.

It’s not the first time Amazon has heard from book authors over negative customer reviews. In 2012, Anne Rice and other famous authors signed a petition that called on Amazon to remove anonymity from its reviewers to prevent “bullying and harassment.”

>>> Download the ebook version of “Truth Overruled: The Future of Marriage and Religious Freedom” today! (Paperback will be available end of August but can be preordered.)

“The future of marriage and religious freedom is a subject of a fair bit of disagreement,” he told The Daily Signal. “It’s important that we carry out this debate with civility and grace. That’s exactly what I tried to do in my new book.”

His book, which has 3.8 out of 5 stars in ratings, comes out in paperback in August.

>>> Why the Marriage Debate Isn’t Over: An Interview With Ryan T. Anderson