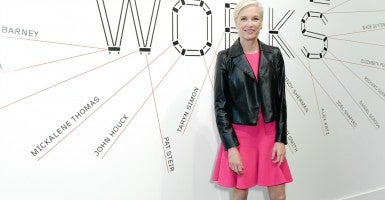 The undercover video that sparked a scandal involving Planned Parenthood this week is reverberating beyond the abortion group, costing one of its allies millions of dollars.

The Susan G. Komen Foundation, which donated $800,000 to Planned Parenthood last year, would have received up to $4.75 million from funds raised through U.S. Treasury-minted commemorative coins, including pink gold coins.

The legislation, introduced by Reps. Carolyn B. Maloney, D-N.Y., and Pete Sessions, R-Texas, began to face resistance from lawmakers Tuesday. More than 20 pulled their names off as co-sponsors.

Earlier Tuesday, undercover footage was released by the Center for Medical Progress showing a Planned Parenthood executive, Deborah Nucatola, discussing the sale of fetal organs at some of the organization’s affiliates.

The combination of the Planned Parenthood controversy along with opposition from Heritage Action for America and the Family Research Council led House Republicans to reconsider their plans.

In a statement, Maloney said she was pleased the House approved the legislation but voiced disappointment “that anti-choice politics were inserted into a debate about cancer research”:

Many women, most of whom are low income, lack access to primary care, including breast cancer screenings. They rely on services through organizations like Planned Parenthood to receive this life saving medical care. To help provide that care, some Komen affiliates have provided grants to Planned Parenthood. None of those funds are used for abortion, and regardless of one’s stance on the right to choose, it is a fact that these grants have saved countless lives. Furthermore, only private funds would be raised under this bill and all of those funds are required to be spent exclusively on research.

Dan Holler, communications director at Heritage Action, told The Daily Signal that “the House did the right thing by removing an organization that funds Planned Parenthood from the bill.”

“If Ms. Maloney—or any other Democrat—felt compelled to defend Planned Parenthood, they should have objected to the amendment and made the case publicly. The truth is that Planned Parenthood’s abortion practices are indefensible and any association with that organization has become increasingly toxic,” Holler said.

Tony Perkins, president of Family Research Council, said in a statement that “what should have been a routine vote on a commemorative breast cancer coin became anything but, once members were alerted by FRC and Heritage Action that the bill included funding for Komen—which is a major supporter of the ‘nonprofit’ caught peddling baby parts.”

“That association was too toxic for House conservatives, who refused to turn over $4,750,000 to one of Planned Parenthood’s biggest donors on the same day it was implicated in a Frankenstein-like plot,” Perkins wrote.

In 2012, Komen attempted to end its relationship with Planned Parenthood, but ultimately reinstated the funds they donate to the organization.

Congressional leaders have pledged to investigate the allegations against Planned Parenthood.