How the IRS, FBI and Justice Department Are Agents of Modern American Tyranny 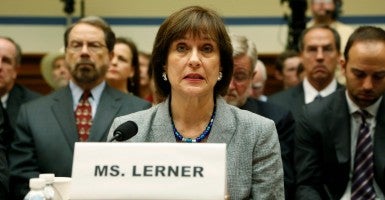 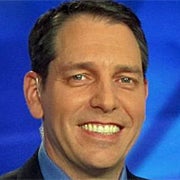 Imagine having a vision for your country.

You worked hard to start an organization to promote the ideas and values that you believe can fix our nation.

When you apply for tax-exempt status, which should be a simple matter of paperwork, you face repeated delays and demands from the government that stretch the process across months and years.

Then you learn—not from the government, but from an outside source—that your private information was shared with multiple government agencies, all of whom wanted to “piece together” criminal charges against you.

Imagine being awakened in the middle of the night by a gang of police, shouting and waving their weapons at you. They turn your house inside-out, steal your laptop and phone, then order you not to tell anyone they were there.

All this happened because your political beliefs landed on the wrong side of those officials in power.

This is not a scenario from China, Russia, or Iran.

Welcome to the very real tyranny of modern America.

Think it can’t happen here? Just do some reading on the John Doe proceedings in Wisconsin, or the IRS targeting scandal.

As documents slowly begin to trickle out, the scandal of the IRS targeting conservative political organizations only grows bigger.

We learned a year ago that the IRS was helping the Department of Justice trump up charges on conservative groups by 2013.

New documents show this was in the works as early as 2010.

These two dates perfectly bookend the period of time that conservative groups were intentionally harassed and their applications for tax-exempt status delayed. From the first reaction to Citizens United to the week of Lois Lerner’s misleading admission of targeting, multiple government agencies were in on it together.

An official “DOJ Recap” report detailing an October 2010 meeting between Lois Lerner, DOJ officials and the FBI to plan for the possible criminal prosecution of targeted nonprofit organizations for alleged illegal political activity.

The newly obtained records also reveal that the Obama DOJ wanted IRS employees who were going to testify to Congress to turn over documents to the DOJ before giving them to Congress.

We have now entered a time in America when citizens can be labeled as “political dissident” and targeted by their own government for harassment and prosecution.

Abuse that formerly only went on in places like China, Russia, and Iran has repeatedly happened right here within the USA. This is not the nation we used to know and love.

If the people are ever to have faith in their government again, justice needs to be served in this case and many others. Wisconsin conservatives need to have their reputations restored as publicly as they were destroyed.

The truth needs to be told about Benghazi. Wrongdoers must be punished.

Yet what is our government doing about it? Nothing.

Well, even worse than nothing. They’ve spilled a lot of words obscuring the truth, have protected the wrongdoers, and have taken no action.

This is why the disconnect between government and the people is low (recent polls showed Boehner and McConnell favorable ratings at record lows). And it will only get worse until Washington, D.C., institutes some accountability.

So far, the politicians have failed to do it themselves.

When a government becomes tyrannical, the people must hold them accountable while we still can.

As Edmund Burke said, “The only thing necessary for the triumph of evil is for good men to do nothing.”

It’s time we used the Constitution to save it.