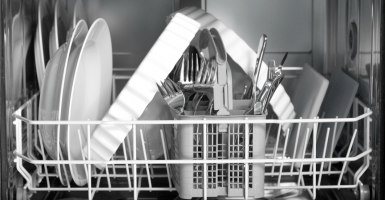 The guiding fiscal principle of President Obama’s 2009 Stimulus Package was simple: “Spend it as fast as you can.” Programs operating under that principle are almost predestined to flunk a cost-benefit test—and the federal Weatherization Assistance Program (WAP) has proved to be no exception. University of Chicago researchers have documented that WAP is yet another government “efficiency” program that does not actually save money. The only surprising finding was just how badly it failed. Costs exceeded benefits by a 2-to-1 margin.

The fundamental problem with energy-efficiency mandates and subsidies is that they are based on two absurd premises. First, they assume that consumers are not fully interested in saving money—hence, government intervention is required. Second, they expect a bureaucracy that has served up an $18 trillion national debt to transform into Scrooge McDuck when it is time to count energy pennies.

That consumers want to save money should be obvious. Car ads tout fuel economy numbers. Contractors peddle energy-saving home improvements. Entire websites are devoted to identifying the gas stations with the lowest prices. Indeed, even the operators of the federal government’s own voluntary Energy Star program regularly brag about consumer enthusiasm for saving money on energy—voluntarily and without subsidies.

Clearly, consumers are highly motivated to save money—out of self-interest alone. But bureaucrats charged with making people act in their own self-interest are motivated by other things—like propagating rules that will justify their own existence and expand their power. A researcher at the Mercatus Institute found popular anti-obesity efforts by the government had no or even perverse impacts on obesity. Instead of nudging consumers, these rules were tripping them.

Federal efficiency mandates have another major problem: Bureaucrats don’t know what we are willing to give up to get something else. Floating with the Gulf Stream might get a ship from Miami to New York without using any fuel, but the time lost is not likely to be worth it. And even a fast ship won’t be fast enough for some deliveries. In addition there are tradeoffs of initial cost and reliability for gains in efficiency. Often there are additional tradeoffs of comfort or safety or aesthetics. A one-Uncle-Sam-determined-size-fits-all approach doesn’t work.

When bureaucrats make decisions “on behalf of” consumers, consumers don’t get what they want.

Exhibit A: A federal rule to cut energy use of microwave ovens when they are off (this is not a joke). To reduce energy use by two watts per oven (also not a joke) the Energy Efficiency and Renewable Energy Office pushed manufacturers to adopt a technology that caused the ovens to fail 50 percent of the time in the Department of Energy’s own tests.

Exhibit B: Dishwashers with interminable cycle times. To save eight cents of hot water, federal mandates led to wash cycles taking much longer to complete. Two- and three-hour cycles, virtually unheard of 20 years ago, are commonplace today.

The bureaucrats-know-better-than-consumers mindset is especially nonsensical when it is applied to businesses that relentlessly monitor energy use. Such is the case with the trucking industry, which employs GPS and a host of driver and truck monitoring technologies to shave fuel use to the minimum. A 10th of a mile per gallon is a big deal. Operators do not need federal mandates to spur cost cuts.

That isn’t stopping the federal government from pushing costly new efficiency rules on the trucking industry. Regulatory proponents, of course, claim it won’t cost a thing. The director of the National Association of Clean Air Agencies said, “The beauty of the proposal is that the cost of the necessary improvements will be paid for by the savings associated with the increased fuel efficiency.” This association of regulators either believes in free lunches or stupid executives.

What regulation mongers don’t seem to believe is that consumers and businesses can be trusted to make intelligent decisions. Maybe we need an Independence Day from busybodies.