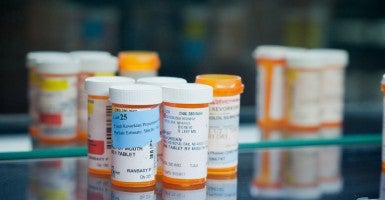 Washington, D.C., may be the next location in the U.S. to approve physician-assisted suicide legislation, providing adults with terminal illnesses and less than six months to live medication to end their lives. On Friday, D.C. Council members held a hearing to discuss the future of this legislation in D.C. and Maryland.

The bill was introduced by D.C. Council member Mary Cheh in January and is derived from Oregon’s assisted suicide legislation, which was passed in 1997. Cheh’s bill would permit two physicians to agree to write a prescription for the critical medication, once the patient’s condition is confirmed.

Margaret Dore, an Oregon lawyer and president of Choice Is An Illusion, said doctors are not immune to mistakes and may misdiagnose patients’ life expectancy. “Life expectancy is not an exact science,” Dore said.

Doctors shouldn’t help patients kill themselves. Killing is literally the opposite of medicine. #DC #AlwaysDignified @forcedexit

Dore also said that the bill creates problems because once the medication has been dispensed to the terminally ill patients, there is no oversight from a physician. This, she said, eliminates accountability and could contribute to abuse concerning the medication’s administration.

Mollie Greenberg, an intern with the National Council on Independent Living, pointed out that the decision to engage in assisted suicide cannot be reversed. Greenberg said that many patients do live longer than their predicted life expectancy and taking a life-ending medication robs them the possibility to live a fuller life.

“This is a medical decision. Patients should have the right to choose.” #DeathwithDignity

Dan Diaz, husband of the late Brittany Maynard who passed away after taking life-ending medication, testified in support of the legislation.

“The end goal is allowing that person to control their own path,” Diaz said. “It is an option that a person needs to pursue for themselves.” Diaz and Maynard, originally residents of California, moved to Oregon where assisted suicide is legal after Maynard was diagnosed with a brain tumor in January of 2014.

“Having to move to Oregon and ride around to pick a house that she would die in is horrifying and a nightmare that nobody should have to live through,” Jade Wood, one of Maynard’s closest friends, told The Daily Signal. “Establishing residency and the bureaucratic logistics of that is anxiety provoking, and all she was trying to do is something that would affect her and impact her sense of security that she could just die the way she wanted to.” “It took an incredible amount of effort and resources that most families in America do not have—the ability to just pick up and move somewhere,” she added.

Diaz said Maynard passed away peacefully in her sleep after taking the life-ending medication in November of 2014.

A movement against this legislation exists among those with disabilities.

According to Samantha Crane, legal director of public policy at the Autistic Self Advocacy Network, assisted suicide contributes to “vulnerability” among the disabled community.

“A lot of people with disabilities have been diagnosed with six month terminal conditions, either due to misdiagnosis, or because they do in fact have an illness, and they just were lucky and were able to survive for longer than six months,” Crane told The Daily Signal. “We feel that creating a new fast track towards death would really harm our community.” Samantha Crane, who represents the Autistic Self Advocacy Network, spoke before the committee against the Death with Dignity legislation. (Photo: Samantha Reinis/ The Daily Signal)