Sorry, Slate: Oregon Did Put a ‘Gag Order’ on Those Christian Bakers 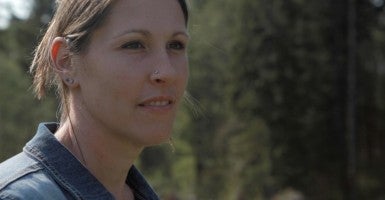 On Thursday, The Daily Signal published an article about Oregon Bureau of Labor and Industries (BOLI) Commissioner Brad Avakian ordering Aaron and Melissa Klein, Christian bakers who had refused to make a wedding cake for a lesbian couple, to pay the couple $135,000 for “emotional” damages and issuing a gag order against the Kleins.

On Monday, Slate published an article criticizing The Daily Signal’s coverage headlined “No, Oregon Did Not ‘Gag’ That Anti-Gay Bakery.”

While that’s a great, provocative headline, Slate’s headline is simply not true.

In fact, the Kleins are now legally required, as a result of the order issued Thursday, “to cease and desist from publishing, circulating, issuing or displaying, or causing to be published … any communication to the effect that any of the accommodations … will be refused, withheld from or denied to, or that any discrimination be made against, any person on account of their sexual orientation,” as The Daily Signal’s reporter Kelsey Harkness wrote in her article Friday.

Rather than fine the Kleins further, [Oregon Labor Commissioner Brad] Avakian wrote that the couple must ’cease and desist’ stating that Sweet Cakes would continue to turn away gay couples. As individuals, the Kleins may declare that Oregon’s anti-discrimination law should not protect gay couples. But when speaking publicly about the future of their own business, they must not opine that they will maintain a policy of anti-gay discrimination.

But here’s what Stern overlooks: Commissioner Avakian recites in detail the statements the Kleins made that he is upset about and that his agency claims violate Oregon law. What led to his “cease and desist” order is the key to understanding why it’s accurately called a gag order that prevents the Kleins from speaking about their faith and their intent to “stay strong” and fight this harassment by the Oregon state government.

For example, on page 23 and 24 of Avakian’s Order, his agency claims that the following statements in an interview on the Christian Broadcasting Network on Sept. 2, 2013 violate Oregon law:

On page 24, Avakian objected to Aaron Klein telling Tony Perkins in the interview: “We don’t do same-sex marriage, same-sex wedding cakes … ” But if you read the interview transcript, Aaron was repeating what he had told the lesbian couple at the time, not what necessarily reflected his beliefs at the time of the interview. Similarly, Avakian cited Aaron telling Perkins, “We can see this becoming an issue and we have to stand firm”—but once again, Aaron Klein was repeating what he had said at the time (in this case, to his wife Melissa), not what he necessarily currently believed.

Avakian also “singles out” the text on a handwritten sign that was shown taped to the window of the Sweet Cakes bakery during the Christian Broadcasting Network broadcast:

Closed but still in business. You can reach me by … this fight is not over. We will continue to stand strong. Your religious freedom is becoming not free anymore. This is ridiculous that we cannot practice our faith. The LORD is good and we will continue to serve HIM with all our heart.

Avakian took these general statements of the Kleins talking about their religious beliefs, the attack launched on them by Avakian’s agency, and their determination to not give in to government persecution, to “constitute notice that discrimination will be made in the future by refusing such services.” Avakian specifically made note of the Kleins’ statements that “This fight is not over. We will continue to stand strong.” According to Avakian, as outlined on page 27 of his order, the Kleins’ “joint statement that they will ‘continue’ to stand strong relates to their denial of service and is prospective in nature. The statements, therefore, indicate Respondents’ clear intent to discriminate in the future just as they had done with Complainants.”

Therefore, Avakian entered his “cease and desist” language on page 42 and 43 preventing the Kleins from saying or publishing anything even remotely similar to all of the language he summarized in which the Kleins were clearly talking about their beliefs about same-sex marriage and their intent to continue to “stay strong” and fight this unfair, unjustified financial penalty and gag order.

And this is the crux of the point made in the original Daily Signal article: If these personal statements of religious belief and willingness to defend themselves against government persecution can be construed as showing “discrimination,” then pretty much almost everything the Kleins could say about their case could be construed by Oregon as showing “discrimination.”

In other words: The Kleins are, yes, “gagged” legally from saying much more, if anything, about their case. Because what they said about their case before—even though they didn’t talk about future decisions about gay couples and wedding cakes—apparently counts as “a clear intent to discriminate in the future.”

Slate’s Stern snidely wrote that “tellingly” Avakian’s order “appears nowhere in The Daily Signal’s article.” But while he may have linked to the order in his own piece, Stern either didn’t read in depth the interviews of the Kleins that Avakian relied on—or didn’t care how flimsy Avakian’s case was for concluding that the Kleins’ statements should be construed as business owners stating they intended to discriminate in the future.

Even more telling, members of the media like Stern apparently have no concern over the issue of prior restraint on the Kleins that Avakian is trying to impose. Our constitutional traditions and Supreme Court precedent have long frowned on prior restraint of speech in any form by the government, yet apparently imposing prior restraint on the Kleins is perfectly acceptable to Slate because the Kleins have, according to them, the wrong view on same-sex marriage. Fortunately, the First Amendment protects all points of view, even those that may today be politically incorrect in the eyes of Slate and other progressive media sites.