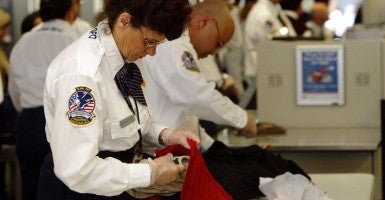 Vu Do, an entrepreneurial, law-abiding New Yorker, has just become the latest member of a sad club: The victims of civil asset forfeiture, the law enforcement tool that enables the government to seize a citizen’s cash or assets.

Do, who owns two nail salons, made the mistake of traveling to California with his life savings—nearly $44,000 in cash—in tow.

He needed the money to help out his family, who were not as financially well-off as he.

But when Do arrived at John F. Kennedy Airport, he was intercepted by agents of the DEA, who seized every penny of his money.

Do filed a belated legal complaint challenging the seizure, but because he missed an obscure and arbitrary filing deadline written into federal forfeiture law, Do is out of luck.

Under a process known as administrative forfeiture, Do’s life savings now belong to the government.

There was no hearing, no criminal charge, not even a day in court. The money is simply gone, added as a small contribution to the multi-billion dollar fiefdom that civil asset forfeiture has become.

In the 1980s, Congress turned to forfeiture law to help combat the terrible wave of drug crimes sweeping the country.

By ramping up forfeiture, law enforcement was empowered to go after not only the drug kingpins peddling the poison, but their ill-gotten gains as well.

The goal was to take the profit incentive out of crime, and to transfer criminal proceeds to law enforcement to fund the War on Drugs. In effect, criminals would finance their own takedowns.

It looked like great policy on paper, but with hindsight it is clear that forfeiture law is replete with problems.

Law enforcement agencies have an obvious incentive to seize as much property as they can, since the resultant funds are theirs to keep, free of the appropriations process, oversight, and accountability.

And since cash and property can be seized without the bother and expense of a criminal trial, there is another perverse incentive baked into forfeiture law: to concentrate resources on seizing money and property rather than arresting and convicting criminals.

This is the system Vu Do became trapped in February, when his $44,000 was seized merely because the DEA agents who stopped him suspected his money was involved in a drug transaction.

There appears to have been no evidence to corroborate this claim, and suspicion alone often is all the justification needed to seize cash.

If you think the next logical thing would be for Do to appear before a judge to plead his case, you would be wrong.

Before he could make it to the courts, Do first had to make it out of the bowels of a federal agency.

Under federal law, the DEA had 60 days from the date of the seizure to send notice to Do that the DEA intended to forfeit his property.

Do then had two options: file a petition for remission or mitigation with the DEA within 30 days, or file a claim opposing the forfeiture within 35 days of the date the notice was mailed.

Remission and mitigation are purely internal, administrative processes where the seizing agency—the same agency which stands to gain financially from forfeiting property—determines whether a property owner ought to have some or all of his property returned to him.

The remission process is almost totally opaque, and decisions of these agencies are not subject to judicial review.

What’s more, if a property owner opts to try his hand at this process first, he will miss the deadline to file a judicial claim. If he loses in the remission/mitigation process, he will never have a chance to challenge the motion in court.

Do wisely opted not to entrust his life savings to the impartiality of the DEA. The DEA’s notice was mailed on March 26, giving Do until April 30 to file a claim challenging his forfeiture in court.

Unfortunately, the claim was not filed until June 17, long after the window had closed, and in federal forfeiture law, there is no grace period for property owners.

Failure to file a timely claim ends your interest in the property, period. In other words, it is doubtful Do will ever see his hard-earned money again.

In effect, property owners like Do can lose their case before it begins, owing not to guilt but to a preference for easy and expeditious forfeitures.

The Heritage Foundation has recently released a report, which outlines nine essential reforms to the nation’s civil forfeiture system. Among them, we argue that the time has come to reform the administrative forfeiture process.

Citizens ought to be guaranteed access to impartial courts from the beginning, and should never have their property rights compromised by an obviously biased federal agency.

It took Do nearly twenty years to build his life’s savings. It took the DEA less than a day to seize.

It is a sad reality that such occurrences no longer elicit either shock or surprise, but rather is just another day in the upside down world of civil asset forfeiture.