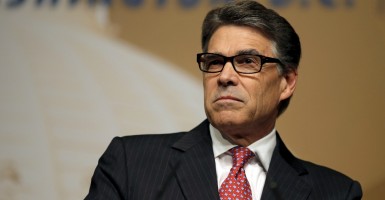 Most of the major candidates running for president responded quickly to the Supreme Court’s upholding of Obamacare subsidies, with Democrats generally hailing the ruling and Republicans panning it.

Within minutes of the release of the high court’s 6-3 decision in King v. Burwell, the 2016 presidential hopefuls took to Twitter to offer their opinions.

>>> Republicans in Congress Plot Next Steps after Ruling

Yes! SCOTUS affirms what we know is true in our hearts & under the law: Health insurance should be affordable & available to all. -H

Nine minutes later, Clinton followed up with a second tweet including an old photo of her as secretary of state, about to hug President Obama in the White House.

A great day! Add your name if you agree: Affordable health care is a basic human right ? http://t.co/5xR3n1XDoc pic.twitter.com/kATncnkfGq

Far from distancing herself from the president’s signature domestic policy achievement or her own bruising history with health care in the 1990s, Clinton recently launched a video promoting, among other things, her connection with the issue:

"You have to get up off the floor—and you keep fighting." Hillary on the fight for health care back in 1993: http://t.co/vedCBng2cz

Among 13 Republicans officially in the race for the White House so far,  former Arkansas Gov. Mike Huckabee, a veteran of the 2008 presidential primaries, appeared to be the first to tweet out a reaction.

There isn't a 'do-over’ provision in our Constitution that allows unelected, SCOTUS judges power to circumvent Congress & rewrite bad laws.

Within 20 minutes, Huckabee tweeted out a full statement

A stream of six tweets from Sen. Marco Rubio, R-Fla., captured a formal statement in which he described himself as “committed to repealing this bad law and replacing it with my consumer-centered plan that puts patients and families back in control of their health care decisions.”

…and Congress in forcing ObamaCare on the American people.

Former Texas Gov. Rick Perry, also making his second bid for the Republican nomination,  was the first to email a statement to reporters. Released in Austin at 10:30 a.m. eastern and tweeted minutes later, his reaction decried the ruling and called for repeal of the “heavy-handed, one-size-fits-all” Affordable Care Act.

With individual premiums up more than 50 percent and nearly 5 million people losing their health plans, Americans deserve better than what we’re getting with Obamacare. It’s time we repealed Obamacare and replaced it with truly affordable, patient centered-health care reform, and I look forward to laying out my ideas on this issue.

“Republicans must outline a clear and coherent vision for health care to win the trust of the American people to repeal Obamacare. And right now, I am the only candidate to put forward a comprehensive plan,” Louisiana Gov. Bobby Jindal, who entered the Republican race Wednesday, said in remarks emailed to reporters at 11:06 a.m.

Now that the Supreme Court has ruled, the debate will grow.   Conservatives must be fearless in demanding that our leaders in Washington repeal and replace Obamacare with a plan that will lower health care costs and restore freedom.

President Obama and Hillary Clinton would like this to be the end of the debate on Obamacare, but it isn’t: http://t.co/XpY9HtxFQO

Several tweets from Carly Fiorina, the former Hewlett-Packard CEO who is the only woman in the GOP race, previewed her lengthy statement on Facebook.

It is outrageous that the Supreme Court once again rewrote ObamaCare to save this deeply flawed law https://t.co/NBAnohFTW7

ObamaCare has not lived up to what we were promised. It has become clear that this law isn’t workinghttp://t.co/qaAR7pNVQJ

Clinton’s strongest opponent so far in the Democratic primaries, Sen. Bernie Sanders, an independent from Vermont, welcomed what he called a “common sense” ruling:

The Supreme Court recognized the common-sense reading of the #ACA… pic.twitter.com/AByIHoyLC2

Also on the Democratic side, former Maryland Gov. Martin O’Malley celebrated the defeat of what he called “an ideological attempt to stop” Obamacare.

Now that this ideological attempt to stop #ACA failed, we must redouble our efforts to bring health care to every person in this nation.

Sen. Rand Paul, R-Ky., issued a statement in Washington at 11:05 a.m. vowing that as president he would “make it my mission to repeal” the Affordable Care Act and “propose real solutions.”

This decision turns both the rule of law and common sense on its head. #KingvBurwell

Sen. Ted Cruz of Texas, who took to the Senate floor shortly before 1:30 p.m. to talk about the King v. Burwell ruling, campaigns for the GOP nomination while calling for repealing “every word” of Obamacare and replacing it with patient-centered reforms.

Any candidate not willing to make 2016 a referendum on Repealing Obamacare should step aside https://t.co/6i4WzLFzKR #FullRepeal

I remain fully committed to the repeal of Obamacare—every single word of it. And, in 2017, we will do exactly that https://t.co/6i4WzLFzKR

One unannounced GOP hopeful, Wisconsin Gov. Scott Walker, focused on what he says are Obamacare’s adverse effects on many working Americans.

This decision turns common language on its head. Now leaders must turn our attention to making the case that ObamaCare must be replaced.

George Pataki, a Republican making his first run for president after three terms as New York governor, had this to say:

Sadly, #SCOTUS has again stretched to save #Obamacare making plain the need to repeal & replace with a patient-centric market based plan.

Another former governor in the GOP race, Jeb Bush of Florida, tweeted out a link to a statement and video pledging if elected to work with Congress “to repeal and replace this flawed law with conservative reforms.”

I am disappointed in the Burwell decision, but this is not the end of the fight against ObamaCare. http://t.co/3yaEVF1TaW

Rounding out the reactions from Republican 2016ers were tweets from Rick Santorum, the former senator from Pennsylvania; Ben Carson, the retired pediatric neurosurgeon; and Sen. Lindsey Graham of South Carolina:

Today's Supreme Court ruling is another reminder that if we want to get rid of #Obamacare, we must elect a conservative President #RICK2016

Today’s decision reinforces why we need a pres who will bring real reform that repeals & replaces Obamacare MORE: http://t.co/QriBHw6zDt

Vice President Joe Biden, who appears increasingly disinclined to seek the Democratic nomination, remains the subject of a draft effort. After Biden appeared with Obama at the White House as the president made a celebratory statement, the vice president’s staff tweeted this:

Saving lives. Expanding access. Providing peace of mind. Health care in America is a right, not a privilege. And the #ACA is here to stay.