Report: Nearly Half of Social Security Disability Beneficiaries Were Overpaid By Government 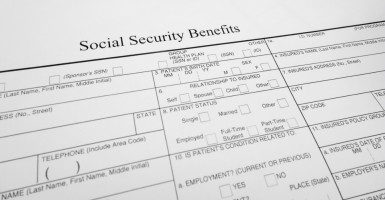 Amber Athney a member of the Young Leaders Program at The Heritage Foundation.

Waste is a real and pressing issue in Social Security’s disability programs. According to a recent report by the Office of the Inspector General of the Social Security Administration, 44.5 percent of beneficiaries received more money than they were supposed to at some point between 2004 and 2014.

Recipients enrolled before October 2003 were overpaid by $16.8 billion, according to the report. That amounts to about a 3.1 percent annual overpayment rate, only half of which the agency was able to recover.

If we apply the 3.1 percent annual overpayment rate identified in the inspector general’s report to all benefits paid over the period from 2004 to 2014, SSA would have paid out $38 billion more in benefits than it should have.

On average, it took the Social Security Administration 8.1 months to identify an overpayment.

By far, the most common reason for overpayment was payments made to those who were in fact working or receiving other income, followed closely by benefits paid to people who already had died.

The report said one man was receiving disability payments on his dead father’s Social Security record, even though the man was working at the time. After being charged with fraud and ordered to repay nearly $18,000, the man finally repaid just $550. The case is still being reviewed.

On average, it took the Social Security Administration 8.1 months to identify an overpayment. Once identified, $2.4 billion in overpayments were waived or cancelled because the costs to recover the funds was often higher than the amount overpaid.

The results from the inspector general’s study are especially worrisome, considering the Social Security disability program is projected to face a 19 percent shortfall before the end of 2016. Absent congressional action to preserve benefits for those individuals with disabilities who need them the most, all beneficiaries are faced with payment delays or across-the-board benefit cuts.

Reducing overpayment rates is one important step to preserve benefits for vulnerable Americans.

As Congress is debating the Social Security Administration’s fiscal year 2016 administrative budget, Congress should hold the agency accountable for money lost to overpayment errors. Many overpayments could be avoided if the agency relied less on self-reporting by beneficiaries and instead prioritized using technology to identify payment mistakes.

An even bigger problem, not quantified in the report, are payments to people who are able to work but continue to receive benefits. Several researchers have raised concerns that individuals increasingly have turned federal disability programs into early retirement and long-term unemployment programs, as the growth in the number of disability beneficiaries is far outpacing the growth in the number of working-age disabled.

Despite numerous efforts by Congress to encourage individuals to return to work, notably with the 1999 Ticket to Work program, less than 1 percent leave the rolls of Social Security Disability Insurance in any given year. The current program structure sets no clear expectation that individuals with marginal and temporary disabilities return to work. The proposed Protecting Social Security Disability Act of 2014, introduced by former Sen. Tom Coburn, R-Okla., would grant time-limited benefits when recovery is expected for those on the rolls. It also would establish pilot projects to test early intervention efforts to help work-capable individuals with disabilities return to jobs before ever getting on the rolls.

As Congress explores options to address the impending trust-fund shortfall for Social Security Disability Insurance, it seriously should consider replacing permanent benefits with a needs-based period of disability that better reflects the individual’s condition and acknowledges future work capacity.