Federal Government: Abstinence, Monogamy ‘Most Reliable’ in Protecting Against STDs 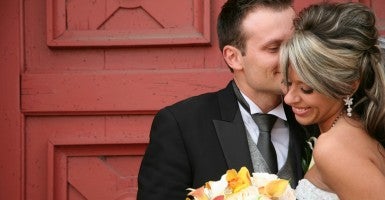 The federal government is now calling abstinence and monogamy “the most reliable way to avoid transmission of STDs,” rather than just “a reliable way.”

This change was made in the Federal Center for Disease Control and Prevention’s latest version of its Sexually Transmitted Diseases Treatment Guidelines, released earlier this month.

Beyond avoiding STDs, there are multiple other benefits from abstinence and monogamy.

For example, researchers at the Austin Institute report, “High numbers of sexual partners, as well as concurrent sexual partners, are not only a public health concern because of the risk of spreading sexually transmitted infections, but have also been linked to higher rates of depression, anxiety, and substance abuse.”

While the researchers aren’t clear about why this correlation exists they note that the findings remain even when controlling for “education, gender, household income, and whether the person had ever experienced a divorce, sexually transmitted infection, or abortion.”

Researchers find that youth who are abstinent are also less likely to be depressed and perform better in school. Furthermore, abstinence protects against teen pregnancy.

Why is this? Dr. Jason Carroll of Brigham Young University explains:

For many young adults, the single life has become synonymous with hook-ups and sexual experimentation … Rapid sexual initiation often creates poor partner selection because intense feelings of pleasure and attachment can be confused for true intimacy and lasting love.

About 30-40 percent of married couples report having had sex within a month of beginning to date, however. Furthermore, according to research from the National Marriage Project at the University of Virginia, the average American reports five sexual partners prior to marriage, with less than a quarter (23 percent) reporting that they have had sex only with the person they married. And roughly 70 percent of Americans say that sex outside of marriage is morally acceptable, up from 53 percent in 2001, according to last month’s Gallup Values and Beliefs Survey.

Another reason these trends are problematic is that it can lead to more children born outside of marriage. Today, over 40 percent of children are born to unwed mothers annually, whereas 50 years ago it was less than 10 percent. Children raised by their married, biological mother and father are far less likely to be poor and are at lower risk for multiple negative outcomes.

There is a bit of good news, however. Abstinence among high school seniors has increased somewhat over the past two decades.

A strong culture of marriage—where sex is linked to marriage and marriage is linked to childbearing—provides benefits for both adults and children, including better health, more stable and happier marriages, and protection from poverty and negative life outcomes for children. Leaders at every level should look for ways to help build and maintain a healthy culture of marriage.