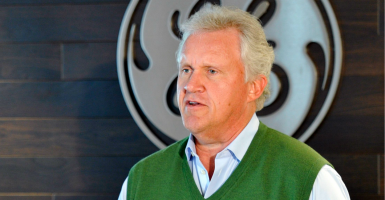 General Electric Chairman and CEO Jeff Immelt unleashed yet another barrage of fearmongering today about the potential expiration of export subsidies. Before a speech at the Economic Club of Washington, Immelt claimed that allowing the charter of the Export-Import Bank to expire would be “economic catastrophe.”

The facts say otherwise. GE and the other beneficiaries of Ex-Im largesse would continue to post robust sales in overseas markets.

Last reauthorized in 2012, the Ex–Im charter was slated to expire on Sept. 30, 2014. A proposed five-year renewal was sidelined last summer because of opposition to the bank. Instead, Congress extended the existing charter for nine months under the fiscal year 2015 Continuing Resolution. That extension expires at month’s end.

The only differences in a charter-less world would be beneficial: The burden on taxpayers of export subsidies would shrink—not expand as it has for years—and a lot fewer American businesses would be disadvantaged by the U.S. subsidies lavished on their foreign competitors.

Expiration of the charter would have no effect—none—on the export financing currently in place. All the loans, guarantees and insurance approved before June 30—upward of $140 billion—would be unaffected after the charter expires. The bank would simply be unable to extend new financing.

Even without new loans from Ex–Im, GE and the other primary beneficiaries of the bank (and their suppliers) are very well-positioned to prosper. They do not lack access to private capital—including their own finance subsidiaries. All have billions of dollars of backorders with which to keep workers occupied.

GE, for example, enjoys a market cap of $275 billion. The company began the year with a record backlog of $261 billion. Its finance arm, GE Capital Corporation, holds assets of $499 billion and its 2014 net income was $7 billion.

To threaten, as Immelt did today, that GE would move production overseas and thus “GE union workers are going to suffer” if the charter expires, is hyperbole of the worst sort.

First, Ex–Im supports a mere 2 percent of U.S. exports, which have been hitting record levels in recent years with private financing.

Second, export subsidies do not “create” or “support” jobs—they redistribute them from unsubsidized firms to subsidized ones. And the job numbers touted by Ex–Im advocates are dubious at best and have been roundly criticized as misleading by the Government Accountability Office, among others.

Immelt is certainly free to express his opinions about Ex-Im. But Congress and the public should be aware of the facts. Ex-Im subsidies constitute a form of corporate welfare that is neither necessary nor appropriate. It is time for Congress to end this Depression-era relic.