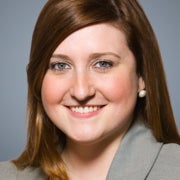 This cartoon was based on an real-life incident Heritage Foundation’s Jason Snead and Andrew Kloster wrote about for The Daily Signal in 2014:

It was highway robbery, but they called it civil asset forfeiture.

On the last day of his 2,400-mile drive to start a new life on the West Coast, Matt Lee found himself on the side of the road, his belongings combed through, and drug dogs sniffing his car. Why? Because Lee made the mistake of telling Humboldt County, Nevada, sheriff’s deputy Lee Dove that he had $2,400 in cash. Lee chronicled what happened in the Silver Pinyon Journal, and it reads like a dark, twisted version of the cop-comedy “Super Troopers” (language warning).

The deputy claimed that he was interested only in people traveling with more than $10,000. (After all, Lee was assured, it is not illegal to have cash.) Lulled into a false sense of security, Lee told the deputy about the money he had stowed in his trunk for the move, a gift from his father to help him get started with the next chapter of his life.

Deputy Dove emptied the contents of Lee’s car onto the side of the road, sliced open his bags, and questioned his “cover story” that he was off to start fresh in California. The deputy found no evidence of drugs or illegal activity, but in the world of civil asset forfeiture, you don’t need to in order to seize someone’s property. The deputy wrote Lee a receipt for his money, then seized it on the pretense that he suspected Lee of traveling cross-country to buy illegal narcotics.

Despite “suspecting” Lee of being a drug runner, he did not arrest him or charge him with any crime, which highlights one of the more disturbing elements of civil asset forfeiture: It incentivizes law enforcement to go after cash prizes that are easily seized and profited by, drawing resources and attention away from other law enforcement priorities, such as arresting criminals. Even in some instances where the money seized likely is drug money, drivers are offered their freedom in exchange for the cash, no questions asked.

Matt Lee was lucky. Just this week, nearly three years after the fact, Humboldt County agreed to return his $2,400. But that might never have occurred if another man, Tan Nguyen, hadn’t also been the victim of highway robbery at the hands of the very same Deputy Lee Dove. Nguyen had $50,000 in casino winnings seized on (alleged) suspicion that it was drug money. Nguyen sued in federal court, and Humboldt County settled, returning all of Nguyen’s money—plus, in a rare victory, a $10,000 sum to cover his attorney’s fees. In the process, the county also returned Lee’s money.

The district attorney’s office announced it is launching an internal review of civil asset forfeiture practices in Humboldt County but in almost the same breath assured everyone that nothing illegal or wrong is going on.

If cops behaving like robbers is not wrong, then what is?