Obama, It’s Time to Stop Shifting the Blame and Develop an ISIS Strategy 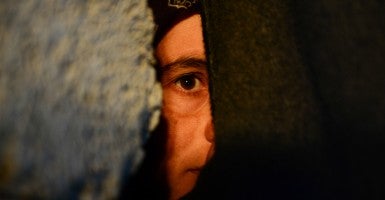 Bahar was captured by ISIS and raped twice, the second time by ISIS militants as she was trying to flee Sinjar, a town in Iraq. (Photo: Alfred Yaghobzadeh/Polaris/Newscom)

In Washington, a gaffe is defined as a statement in which a politician inadvertently tells the truth. President Obama has been roasted this week for a gaffe he made at the G-7 summit in Germany on Monday when he said “We don’t yet have a complete strategy” when asked about U.S. efforts to train Iraqis to fight the Islamic State (also known as ISIS or ISIL).

This is a shocking admission, given that ISIS surged inside Iraq at the end of 2013; seized Fallujah, a key city in central Iraq, in January 2014; conquered Mosul, Iraq’s second largest city, last June; and decapitated three American hostages between August and November 2014.

Reading between the lines, the president appeared to be shifting blame to the Pentagon and to the Iraqi government: “When a finalized plan is presented to me by the Pentagon, I will share it with the American people. We don’t yet have a complete strategy because it requires commitments on the part of the Iraqis, as well, about how recruitment takes place, how that training takes place.”

President Obama’s blame-shifting has troubled current and former Pentagon officials. Retired Gen. Anthony Zinni, former head of the Central Command, or CENTCOM, which oversees military action in the Middle East, spoke for many when he bluntly asked “Did anyone tell him that it’s his job to develop a strategy?”

The president’s lack of a sense of urgency in the face of the ISIS onslaught is breathtaking. It is all the more disturbing because the long string of ISIS victories has attracted a growing stream of foreign Muslims who have boosted its strength by about 1,000 fighters each month.

As retired Gen. David Petraeus, one of the architects of the successful U.S. campaign to defeat ISIS’s predecessor, al-Qaida in Iraq, warned last week: “Well, you know, these are fights where if you’re not winning, you’re probably losing because time is not on your side.”

Despite an air campaign led by the United States, ISIS has expanded the territory it controls in Iraq and Syria; attracted pledges of loyalty from far-flung Islamist extremist groups in Afghanistan, Egypt, Libya, Yemen and Pakistan; and inspired terrorist attacks by “stray dogs” (AKA “lone wolves”) in the United States, France, Belgium, Australia and Canada.

The potential threat of ISIS terrorist attacks also has been boosted by news that ISIS accumulated enough radioactive materials in Iraq and Syria to build a “dirty bomb” according to Australian intelligence reports.

Perhaps the growing evidence of ISIS’s resilience, including last month’s capture of Ramadi, will spur the White House to reconsider its incremental half-measures in Iraq. The White House has done a lot of talking about what it is not going to do but failed to devise and implement a coherent strategy.

The administration still has not matched ends and means effectively in the struggle against ISIS. It has barred combat operations by American ground troops, dragged its feet in deploying military advisers, restricted them from being deployed with frontline Iraqi forces and put tight restrictions on the use of airstrikes to avoid civilian casualties. But the net effect of these policies is to enable ISIS to inflict many more civilian casualties and attract many more fanatic followers.

From the beginning, the White House has misunderstood and underestimated the threat posed by al-Qaida and its ISIS offshoot in Iraq. President Obama allowed short-term political considerations to trump long-term national security interests when he abruptly ended the U.S. troop presence in Iraq in December 2011.

This short-sighted attempt to “end” the war in Iraq deprived the Iraqi government of intelligence, military training, counterterrorism, surveillance and reconnaissance assets and allowed ISIS to grow in a more permissive environment. President Obama downplayed the threat of ISIS last year, famously calling it a “J.V. team.”

After this complacent disdain was exposed as wishful thinking, the White House reacted slowly and reluctantly with a series of half-measures. It initially committed a few hundred advisers, since ramped up to 3,100 personnel, to advise and support Iraqi security forces and retrain the shattered Iraqi army.

The administration announced on Wednesday another 450 U.S. troops will be dispatched to train Sunni tribal militias. But the overall effort to combat ISIS remains under-resourced.

This ad hoc incremental approach is no way to win a war. It gives the enemy time to adjust. It did not work in Vietnam, and it is not working in Iraq.

The Obama administration also has launched a limited air campaign that has proceeded at a leisurely pace, with up to three-quarters of the coalition warplanes returning to air bases without dropping their bombs because of tight restrictions and a lack of reconnaissance and surveillance capabilities needed to acquire targets.

The White House is micromanaging the conflict and doing a bad job of it. It needs to ease some of the political restrictions that have hampered the effectiveness of the military effort. A more extensive and intensive application of air power is required—in Syria as well as in Iraq.

U.S. military advisers should be embedded in Iraqi military units closer to the frontlines. U.S. Special Operations forces should be deployed in greater strength and embedded with Kurdish peshmerga and Sunni Arab tribal militias to enhance their effectiveness and coordinate U.S. airstrikes.

Washington should expand the size and role of U.S. ground forces to include combat missions to end the ISIS reign of terror in western Iraq. Baghdad needs much more help in defeating ISIS, which already poses a growing regional threat and could pose a significant threat to the U.S. homeland if it is allowed to consolidate its Islamist totalitarian rule.

Above all, the United States needs a competent commander-in-chief able to formulate and implement a comprehensive strategy for defeating ISIS, not a self-serving political leader who shifts blame to others.

See: Obama Needs to Step Up the Fight Against ISIS