Why Net Neutrality Is Not Helping the Internet 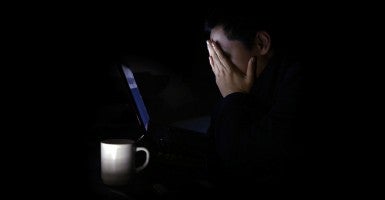 The term “net neutrality” refers to the principle that Internet service providers serving end users, such as Verizon and Comcast, should treat all communications that travel over their networks the same way.

The concept is based on a network-engineering rule of thumb but never before had been enshrined in a governmental rule or regulation.

In fact, in the early 2000s, the Federal Communications Commission specifically declared, in a series of rulings, that broadband Internet service was not a “telecommunications service” and thus not subject to common-carrier rules that bar variations in rates and services. Unlike traditional telephone companies and electric utilities, broadband providers would be free to establish their own business models in the marketplace.

This February, the agency reversed this policy, declaring Internet access service providers to be common carriers and imposing mandatory network neutrality rules on them. The new rules in effect bar the services from offering premium or discount services to any providers of Internet content.

But broadband service was, and is, no staid utility. It is a dynamic and growing market with a thin line between a successful investment and failure. Differentiated offerings, such as discounts and priority-service plans, are common in such markets. And, the market for broadband is competitive.

As far-reaching as these new rules are, they may be only the beginning. Google, initially one of the strongest corporate proponents of network-neutrality rules for Internet service providers, has found itself beset by claims that a similar concept of “search neutrality” should govern search engine results. These would require search engines to display results from user queries in a non-discriminatory way. Never mind that search engines must differentiate content to provide more prominence to results that users are expected to value more, rather than in random order.

In 2011, after a lengthy investigation, the Federal Trade Commission declined to pursue an antitrust case against Google based on search neutrality. European competition-law officials recently launched a case against Google alleging just that. But the push for broad search-neutrality rules is not over and may be intensified with the Federal Communications Commission’s adoption of neutrality rules.

App writers, too, could be targeted for regulation under neutrality rules—at least if BlackBerry chief John Chen has his way. In a January 2015 blog post, Chen argued net-neutrality regulations should be extended to makers of applications for wireless devices. Under such “application neutrality,” an app made for Android or Apple phones would also be required to work on a BlackBerry.

Such a rule would be a natural extension of the neutrality principle, and, coincidentally, also a boon to BlackBerry’s flagging fortunes.