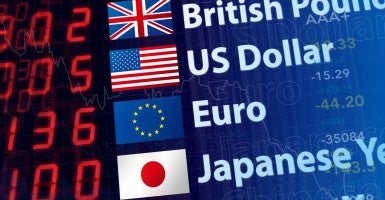 Republican leaders in the House of Representatives are twisting arms to get to 218 votes—the magic number needed to pass the Senate-approved version of the Trade Act of 2015 (H.R. 1314), which merged Trade Promotion Authority with the ineffective and harmful Trade Adjustment Assistance program. This would be a mistake.

In a textbook example of congressional logrolling, Trade Adjustment Assistance has been linked to fast track to ensure passage of the latter. Absent congressional action, the entire trade assistance program will expire at the end of fiscal year 2015.

Supporters of free trade agreements in Congress mistakenly offer trade assistance as a consolation prize to those who blame international trade for job losses.

Yet, the best available research on the effectiveness of this program strongly suggests the program is not much of a consolation prize. In fact, the latest evaluation of it by Mathematica, a research and evaluation firm, concluded trade assistance financially hurt both its participants and society overall.

Trade Adjustment Assistance participants were statistically matched with a comparison group of workers in the manufacturing sector and from the same local areas. Both groups consisted of unemployment insurance claimants separated from their jobs over the same period of time. A cost-benefit analysis found the net benefit to society of Trade Adjustment Assistance was a negative $53,802 per participant.

Taxpayers bore half of the cost, and the economy could have put the resources to productive use elsewhere. But displaced workers bore the other half of the program’s cost. In net present-value terms, the typical trade assistance participant experienced $26,837 lower total earnings and income despite receiving federal benefits. Thus, the most recent federal evaluation finds that participation in the program hurts displaced workers.

Why did Trade Adjustment Assistance lower the wages of participants compared to similar displaced workers? Because participants had lower rates of employment than members of the comparison group.

Lower employment rates of Trade Adjustment Assistance participants should be expected because they are more likely to engage in ineffective training activities than their counterparts. Approximately two-thirds of participants received training, and the average trainee spent about 1 ½ years in training. Their extensive use of job-training services did not help the earnings or re-employment prospects of participants, because their average annual earnings were lower than the earnings of their similar counterparts.

Further, Trade Adjustment Assistance does a poor job of providing training in occupations that employers actually need. Only 37 percent of participants who received job training found employment in the occupations for which they trained. Given participants were more likely to receive job training than their counterparts, employers may place a higher value on work experience than on Trade Adjustment Assistance training activities.

Overall, little empirical evidence supports the notion that Trade Adjustment Assistance spending helps displaced workers. In fact, participants are more likely to have lower earnings after participating in the program. This trend was also confirmed by a Government Accountability Office report.

As a program, Trade Adjustment Assistance fails a common sense test of producing more benefits than costs. Thus, the assumption it can serve as a consolation prize to be offered to displaced workers is misguided.

Congress should not see linking Trade Promotion Authority to Trade Adjustment Assistance as a worthwhile trade-off.

The potential for congressional consideration of fast track should not become bogged down by efforts to continue a failed billion-dollar program.

Congress has the chance to practice fiscal responsibility by letting the program expire at the end of the 2015 fiscal year.