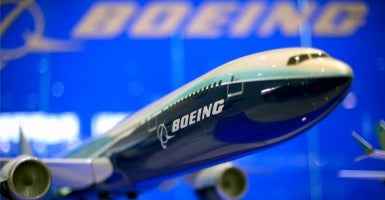 A new report that takes a deep dive into the Export-Import Bank’s transactions found that in addition to heavily subsidizing large corporations, the government agency benefited some small businesses while pushing others out of the market. It also rewarded a former employee who pleaded guilty for bribery with a six-figure salary and bonuses.

Open the Books, an online database of local, state and federal spending founded by Adam Andrzejewski, examined data from the Export-Import Bank available from 2007 and 2014. It found that the bank backed more than $172 billion in loans, loan guarantees and insurance contracts provided to close to 7,000 exporters. Taxpayers, according to the report, are on the hook for $140 billion in financing.

Ex-Im provides taxpayer-backed loans and loan guarantees to foreign countries and companies for the purchase of United States exports. The bank’s charter expires at the end of June, and Ex-Im’s reauthorization has created a sharp divide between congressional Republicans.

House Financial Services Chairman Jeb Hensarling is leading the charge against the bank’s reauthorization. The Texas Republican, along with Ex-Im opponents, argue the bank is an engine of cronyism and corporate welfare.

Contrary to the arguments from Ex-Im’s opponents, those who support the bank and its reauthorization say it helps small business compete in the global market and creates jobs in the United States.

According to the bank, 90 percent of its transactions supported small businesses in 2014.

However, analysis by The Heritage Foundation and George Mason University’s Mercatus Center found that in dollars, small businesses benefit from less than 20 percent of Ex-Im’s financing.

Zero Motorcycles, a California-based company that sells electric motorcycles, received multiple insurance policies from the bank totaling close to $3 million. The company is touted as a “success story” by Ex-Im, and Chairman Fred Hochberg toured Zero Motorcycles’ factory in March 2014.

In addition to benefiting from Ex-Im financing, the company also received grants from the California Energy Commission totaling close to $2 million.

>>> Video: How Congress Can Put a Stop to Cronyism and Corporate Welfare

Though the financing was a boon to Zero Motorcycles, its competitor, Oregon-based Brammo, closed its doors earlier this year. The company was bought by Polaris in January. While Brammo never received Ex-Im financing, Polaris alone benefited from more than $6.3 million in insurance and working capital from 2008 to 2013.

“Zero Motorcycles is an example of why watchdog organizations decry crony capitalism,” Andrzejewski wrote in the study. “From Governor Schwarzenegger’s endorsement to millions of dollars in Ex-Im credit, Zero’s competitors are having a tough go-of-it fighting government—picking the winners.”

As has been thoroughly documented, aircraft manufacturer Boeing is Ex-Im’s biggest beneficiary, receiving more than $60 billion in financing from the bank. Because of Boeing’s position as the top recipient of its financing, Ex-Im is often referred to as the “Bank of Boeing.”

Ex-Im’s critics argue the bank benefits a handful of large, politically connected companies, many of which have the capabilities of securing loans, loan guarantees and insurance from their own financing arms.

According to the report, the bank’s top 50 international importers account for close to $80 billion in financing. Of those 50 beneficiaries, 45 represent airlines and energy companies. Additionally, 18 of the bank’s top 50 foreign importers are backed by close to a dozen foreign governments, including Saudi Arabia, the United Arab Emirates and China.

Those companies received more than $26 billion in Ex-Im financing.

In an April hearing, members of the House Financial Services and Oversight and Government Reform Committees learned it’s likely more than 31 investigations into alleged fraud at the bank could lead to more indictments.

The news came just days after the Justice Department charged Johnny Gutierrez, a former Ex-Im loan officer, with accepting $78,000 in bribes on 19 occasions between 2006 and 2013.

In February, Ex-Im came under fire for removing its dataset from the government’s information site, Data.gov. Many bank opponents argue the bank operates under a veil of secrecy, and Ex-Im’s decision to take the data off the website fueled their speculation.

The bank did eventually restore the information. However, it omitted three fields: primary buyer, primary source of repayment and primary supplier.

According to the report, the bank has failed to identify entities that account for $25.8 billion in Ex-Im transactions. The study found that entities classified as “unknown” or “to be determined” account for 15 percent of the bank’s activity since 2007.

“Oversight of Ex-Im is only as good as the government data that’s released to the public,” the report states.