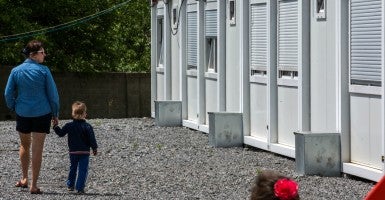 KYIV, Ukraine—Despite Moscow’s warming rhetoric in recent weeks, the Ukraine conflict is showing little evidence of cooling off this summer.

On Sunday, three Ukrainian soldiers were killed in combat in eastern Ukraine, at least seven more were wounded, and another two were taken prisoner, according to the Ukrainian military. These casualty figures are not exceptional, however, but reflect the daily status quo of a simmering conflict that, despite the Feb. 12 cease-fire, continues to kill soldiers and civilians and devastate Ukraine’s economy.

A U.N. report released Monday, which compiled casualty data through May 30, said 6,417 soldiers and civilians have died in the Ukraine war, up from 6,100 on April 17. In the intervening six weeks, the war has killed, on average, more than seven people a day.

The war costs Ukraine from $5 million to $10 million a day, Ukrainian President Petro Poroshenko said May 2. Ukraine reported a year-on-year 15.2 percent drop in GDP in the fourth quarter of 2014, according to the State Statistics Service of Ukraine.

The situation on the ground in eastern Ukraine starkly contrasts, however, with the Kremlin’s softening tone regarding the conflict.

In a May 20 interview with the Russian newspaper Rossiyskaya Gazeta, Russian Foreign Minister Sergei Lavrov said that separatist-controlled territories should remain part of Ukraine. That same week, Alexander Kofman, foreign minister of the Donetsk People’s Republic, one of the separatist territories, said plans to unite the Ukrainian separatist movement under the common flag of Novorossiya had been sidelined.

“The Novorossiya project is frozen until a new political elite emerges in all these regions that will be able to head the movement,” Kofman told the Vechernyaya Makeyevka newspaper, according to The Moscow Times.

Novorossiya is a historical reference to a portion of the Russian empire under Catherine the Great, which comprised territory now a part of modern Ukraine. Russian President Vladimir Putin first used the term in reference to the Ukraine crisis last April.

Some claim Russia’s recent rhetorical backtracking is a ploy to secure sanctions relief in the run-up to the European Council meeting on June 26.

“In my opinion this is pure Russian posturing,” said Luke Coffey, Margaret Thatcher fellow at The Heritage Foundation.

“Moscow knows that Europe is divided on the issues of EU sanctions,” he added. “Since decisions of this nature are decided unanimously in the EU, all it takes is one member to block everything resulting in a watered-down compromise … we will see Russia trying to calm things down in Ukraine with the hope that it leads to a loosening or removal of EU sanctions.”

“Those statements prove that the Russian aggressors are only changing tactics,” Ukrainian military spokesman Andriy Lysenko told The Daily Signal. “ … We know that Russia will not change its position overnight; it doesn’t want to look weak. Social tension in Russia is growing every day because of the economic tensions.” U.S. and Ukrainian officials have pointed to the tens of thousands of Russian troops stationed near Ukraine’s borders and the influx of Russian weapons and personnel into Ukraine as proof of a possible summer offensive.

“I have no illusions about Putin’s intentions,” Marcel H. Van Herpen, director of the Cicero Foundation, a Dutch think tank focusing on the integration of former Soviet countries into the Europe Union, wrote in an email to The Daily Signal.

“Putin never speaks about the independence and sovereignty of Ukraine and that’s what it is all about,” he added. “Before a new wave of aggression the Kremlin would be happy to reduce Western sanctions that begin to bite. So we can expect more talk about the Kremlin’s ‘peaceful intentions’ while the military build-up at the frontier continues.”

The Russian Ministry of Foreign Affairs did not immediately respond to a request for comment, but in official statements posted to its website, it denies that Russia is aiding the separatists or has soldiers fighting in Ukraine on its orders.

Ukrainian military officials are primarily concerned about a separatist offensive at two locations on the front line.

First, they anticipate an attack to take the power plant near the village of Shchastya, outside Luhansk. The power plant is capable of supplying 98 percent of the Luhansk Oblast’s energy needs, according to a May 21 Kyiv Post report.

The second area of concern is Mariupol, which is home to Illich Steel and Iron Works, the second largest metallurgical plant in Ukraine. The industrial city on the Sea of Azov (with a pre-war population of 500,000) is a valuable port and the key to a land bridge from Russia to Crimea.

Ukrainian forces have been preparing to defend Mariupol for months. Minefields, trenches, tank barriers and machine gun nests ring the city. The beaches have also been fortified, and mines have been placed offshore to defend against an amphibious attack, according to residents.

But the consensus within the Ukrainian military, both among officials in Kyiv and soldiers on the front line, is that the separatist forces will most likely try to encircle Mariupol in a push to invade west toward Crimea. If successful, such a move would trap thousands of Ukrainian troops inside the city, setting up a potentially catastrophic showdown. Ukrainian soldiers frequently and acerbically reply “Grozny” when asked to describe how such a battle would play out.

The massacre of Ukrainian troops during previous retreats from the towns of Ilovaisk and Debaltseve have left many vowing to fight to the death if Mariupol is surrounded.

This grinding, static war, in which many soldiers on both sides of the conflict have seen comrades killed or wounded, has also generated levels of antipathy that make a peaceful outcome less likely the longer such conditions exist. Many of the Ukrainian troops holding the line in nearby Shyrokyne (about 10 miles east of Mariupol) have weathered daily heavy weapons attacks and sniper fire for months while sitting in trenches and holed up in abandoned homes. They are currently under orders to not attack and can return fire only under restricted circumstances.

At night in Shyrokyne, separatists crawl up to within meters of the Ukrainian trenches and challenge the Ukrainian soldiers to hand to hand combat. Ukrainians in the trenches refer to the separatists as “animals,” and say months of close proximity to the enemy and the constant casualties have made it easier to kill.

Shyrokyne is not unique. Throughout the conflict area, cease-fire violations continue daily, including the use of heavy weapons, which are banned according to the Feb. 12 cease-fire’s terms.

On May 26, the Organization for Security and Cooperation in Europe, the multinational group charged with monitoring the cease-fire, reported more than 200 heavy munitions explosions around the Donetsk airport. On that same day, Ukrainian forces said separatists launched 45 artillery shells at their positions near Avdiivka, setting fire to a nearby coke-chemical plant.

OSCE monitors are responsible for inspecting the approximately 230-mile-long contact line with SUVs and a fleet of drones supplied and operated by private contractors.

In the wide-open seaside steppe around Shyrokyne, the OSCE’s white armored Toyota Land Cruisers are visible from a distance. When the convoys approach, the firing stops and the lines become mute. Once the monitors leave and are out of sight, the firing resumes as if on cue. This repeated obfuscation of the true nature of the conflict has left many soldiers with little faith in the truce and the mechanisms in place to enforce it.

The OSCE is also unable to monitor the front lines at night, which is when many heavy weapons attacks occur. The concussions of artillery and mortars from fighting in Shyrokyne are a nightly staple in Mariupol.

Calm Before the Storm

While the fighting is consistent, its overall intensity has decreased since the Feb. 12 truce. Lysenko said cease-fire violations in April were down from March. Rather than a bellwether of peace, however, the lull in fighting has been used by both sides as an opportunity to reposition and resupply their forces and brace for the resumption of a war that many see as inevitable.

“I predict a new summer offensive which could take place in July or August in order to make the DPR and LPR more viable,” Van Herpen said, referring to the two separatist republics. “Keep an eye on what will happen around Shchastya and Mariupol.”

Ukraine announced last week it now has 50,000 troops deployed to the conflict areas—higher than at any other point of the conflict.

“If it’s about a full-fledged advance, we are ready for that at any moment,” Lysenko said. “The Donbas was and will be a territory of Ukraine. The presence of pro-Russian mercenaries and the Russian military there is a temporary phenomenon. Ukraine will do everything to get those territories back.”