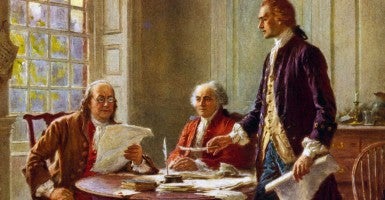 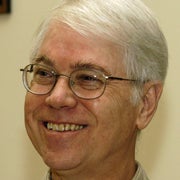 Which approach to welfare policy is better for the poor: that of the Founders or that of today’s welfare state?

The more we spend on the poor, the harder it seems for them to attain decent, productive lives in loving families. The federal government has spent $22 trillion on anti-poverty programs since the beginning of the War on Poverty in 1965, but the poverty rate is nearly the same today as in 1969, fluctuating between roughly 11 and 15 percent over that time period.

As I argue in a new essay on “Poverty and Welfare in the American Founding,” these results are bound to continue unless we rethink welfare policy from the perspective of our Founders. Neither the contemporary left nor right in America properly understands their approach.

The left often claims the Founders were indifferent to the poor—suggesting that New Deal America ended callousness and indifference. Indeed, high school and college textbooks frequently espouse this narrative. Many on the right think the Founders advocated only for charitable donations as the means of poverty relief.

Neither is correct. America always has had laws providing for the poor. The real difference between the Founders’ welfare policies and today’s is over how, not whether, government should help those in need.

Thomas Jefferson and Benjamin Franklin believed government has an obligation to help the poor. Both thought welfare policies should support children, the disabled, widows and others who could not work. But any aid policy, they insisted, would include work-requirements for the able-bodied.

Rather than making welfare a generational inheritance, Franklin thought it should assist the poor in overcoming poverty as expediently as possible: “I am for doing good to the poor.…I think the best way of doing good to the poor, is not making them easy in poverty, but leading or driving them out of it.”

Moreover, local, rather than federal, officials administered this welfare, since they were more likely to know the particular needs of recipients and could distinguish between the deserving poor (the disabled and involuntarily unemployed) and the undeserving poor (those capable of work but preferring not to).

The Founders sought to provide aid in a way that would help the deserving poor but minimize incentives for recipients to act irresponsibly. They wanted to protect the rights of taxpayers by preventing corruption and abuses in welfare aid.

Above all, the Founders saw the family and life-long marriage as the primary means of support for everyone, rich and poor alike.

By the mid-20th century, intellectual opinion began to peel away the stigma attached to the behavioral aspects of poverty, and progressive politicians increased the benefits and number of welfare recipients.

During the New Deal, despite major expansions of welfare programs, the Founders’ approach remained intact at least to this extent: These programs still distinguished between the deserving and undeserving poor—a distinction based on moral conduct.

Until the mid-1960s, free markets, secure property rights, strong family policy and minimal taxation and regulation supported a culture of work and entrepreneurship. But through the rise of modern liberalism’s redefinition of rights and justice, welfare was officially reconceived as a right that could be demanded by anyone in need, regardless of conduct or circumstances.

Among the most destructive features of the post-1965 welfare regime has been its unintentional dismantling of the family. By making welfare wages higher than working wages, the government essentially replaced fathers with a government check. The state became many families’ primary provider.

Even more perverse, for many single mothers, marrying a working man may actually be a financial burden rather than a support because the marriage can diminish government benefits.

Though modern welfare programs grant more benefits to a greater number of individuals than the Founders ever fathomed, the Founders’ approach to welfare policy was effective in providing for the minimal needs of the poor and dramatically reducing poverty over time. Based on today’s living standards, the poverty rate fell from something like 90 percent in the Founding era to 12 percent by 1969.

If the goal of welfare is to provide for those in need while respecting the rights of all, Americans would do well to ponder the Founders’ outlook on welfare as a limited system, concerned with helping the poor who truly are in need and encouraging those who are able to work to leave their poverty behind as soon as possible.