Debate Over NSA ‘Spying’ Program, Explained in Under 2 Minutes

Congress has less than a week to decide the fate of a government surveillance program that was created after 9/11 to prevent terrorist attacks. The program, enabled by a provision under the Patriot Act, gives the National Security Agency a number of tools to fight terror, such as the ability to collect phone records in bulk. With the U.S. Senate deeply divided on the issue, The Daily Signal breaks down the debate happening on Capitol Hill.

>>> Analysis: Section 215 of the PATRIOT Act and Metadata Collection: Responsible Options for the Way Forward 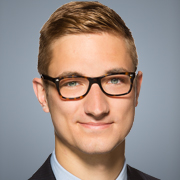