How High Are Beer Taxes in Your State? 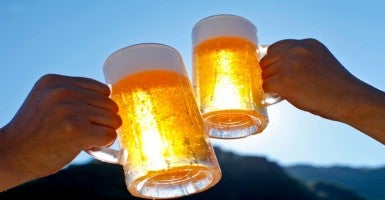 The cost of enjoying a cold beer can vary widely depending on where you live, according to a new study. In fact, some states have a much higher tax rate on beer than others.

The Tax Foundation has ranked the tax rate on beer by the gallon in all 50 states and the District of Columbia.

Wyoming has the lowest tax rate on beer at $0.02 per gallon, and Tennessee has the highest at $1.29 per gallon.

After Tennessee, the most expensive beer taxes are in Alaska, Alabama, Georgia and Hawaii.

How high are taxes on beer in your state? According to The Tax Foundation, “state and local governments use a variety of formulas to tax beer:”

According to a report by The Beer Institute:

Beer. That word conjures up many pleasant images … hot days and ball games … a tall, cold one at the end of a hard day’s work … good times … good friends.

What doesn’t come to mind for most beer drinkers—but perhaps should—is TAX. Because in the process of enjoying the simple pleasure of beer, consumers are also making a $5.6 billion hidden excise tax payment to their state and federal governments.

The Beer Institute adds that “taxes are the single most expensive ingredient in beer, costing more than labor and raw materials combined.”