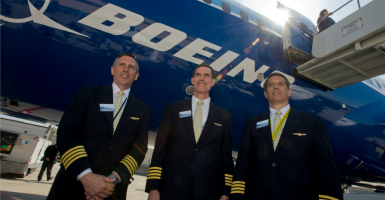 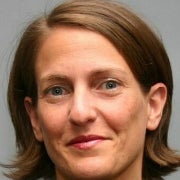 The charter of the Export-Import Bank is set to expire on June 30 unless it is reauthorized by Congress. Scare tactics of bank supporters aside, the end of Ex-Im would not mean the loss of thousands of American jobs.

Economists have long understood that subsidies doled out by government credit agencies such as the Ex-Im Bank are not only unnecessary, but that they can actually harm the economy. Yet in their quest to keep the subsidies flowing, proponents of the bank are claiming that failure to reauthorize its charter would lead to massive job loss.

This blatant fearmongering has caused concern among some lawmakers. House Speaker John Boehner only made matters worse on April 30, when he asserted that “there are thousands of jobs on the line that would disappear pretty quickly if the Ex-Im Bank were to disappear.”

First, and fundamentally, export subsidies do not “create” or “support” jobs—they redistribute them from unsubsidized firms to subsidized ones.

Second, the job numbers touted by bank officials are dubious, at best, and have been roundly criticized as misleading by the Government Accountability Office, among others.

Just as important, the biggest beneficiaries of Ex-Im subsidies know full well that their employees and those of their suppliers are perfectly safe in the event the charter is not reauthorized. That’s because Boeing, Caterpillar, General Electric and the like all have billions of dollars of backorders that will keep workers busy for years to come. The chart above uses data from the Ex-Im Bank to display some of the top beneficiaries for all Ex-Im Bank transactions between 2007 and 2014, and backlog information from the companies’ annual reports. The blue bars show that the Ex-Im Bank lives up to its nickname of “Boeing’s Bank.” The aviation giant is the biggest beneficiary, by far: the bank has provided $66.7 billion in subsidized financing to foreign purchasers of Boeing planes.

General Electric also ranks among the biggest beneficiaries, with $8.3 billion in export assistance, while Bechtel Corp. benefited from $5.2 billion in support. The $2.2 billion in Ex-Im Bank financing that has benefitted Caterpillar was boosted by the $2.7 billion loan guarantee to its subsidiary Solar Turbine Inc.

The expiration of the Ex-Im Bank charter will have no effect—none—on the financing of deals that already have been approved. The bank will simply be unable to extend new loans—which is a win for taxpayers who are ultimately on the hook for a total of $140 billion if bank reserves fail to cover defaults.