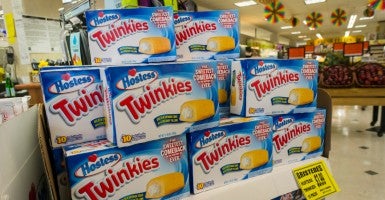 This week, the Senate appears likely to move Trade Adjustment Assistance and Trade Promotion Authority as a single package.

Trade Promotion Authority is seen as vital to the passage of free trade agreements, such as the Trans-Pacific Partnership and Transatlantic Trade and Investment Partnership—trades deals with Asia Pacific and European countries, respectively.

In a textbook example of congressional logrolling, Trade Adjustment Assistance was linked to Trade Promotion Authority to ensure passage of the latter. Absent congressional action, the entire TAA program will expire at the end of fiscal year 2015.

First, this spending appears to do little to improve displaced workers’ job prospects. In fact, the latest evaluation of Trade Adjustment Assistance by Mathematica concluded that TAA financially hurt both its participants and society overall.

A cost-benefit analysis found that the net benefit to society of Trade Adjustment Assistance was a negative $53,802 per participant. Taxpayers bore half of the cost, and the economy could have put the resources spent on TAA to productive use elsewhere. However, displaced workers bore the other half of the program’s cost.

A cost-benefit analysis found that the net benefit to society of Trade Adjustment Assistance was a negative $53,802 per participant.

In theory, Trade Adjustment Assistance benefits go to workers who lose their jobs because of foreign trade. In practice, an administration can give benefits to firms whose difficulties are only loosely connected to foreign competition.

Companies qualify for Trade Adjustment Assistance by showing that they have laid off workers while imports of a “like” product have increased. Foreign trade need not be the primary reason that the company laid off workers—only an “important” contribution to it.

Thus, the Obama administration could grant Trade Adjustment Assistance certification to both Hostess and Solyndra employees, despite foreign trade having little to do with their problems. This is pure cronyism.

Third, the sponsors of reauthorizing Trade Adjustment Assistance use budget gimmicks known as corporate timing shifts to offset the increased spending that would result for extending the life of the program for another six years. Congress uses this gimmick to satisfy budget restraints that prohibit legislation from increasing the deficit over five years and over 10 years.

In this example, the Trade Adjustment Assistance sponsors are attempting to comply with a budget rule that requires deficit neutrality in years one through five.

The Obama administration could grant Trade Adjustment Assistance certification to both Hostess and Solyndra employees, despite foreign trade having little to do with their problems. This is pure cronyism.

This gimmick works by shifting the amount of estimated corporate tax that is due in year six to year five. This effectually works by requiring large corporations to pay more taxes in the third quarter of a calendar year (that is, the last quarter of the budget year) and a subsequently lesser amount in the fourth quarter.

This is nothing but a budget gimmick. The tax payments shift only slightly, but the particular corporations end up sending the same amount of revenues to Washington. In both bills, the gimmick is used as a $2 billion fake offset.

This trend was also confirmed by a Government Accountability Office report. As a program, Trade Adjustment Assistance fails a common sense test of producing more benefits than costs.

Congress should not spend $1 billion a year on a program that does not help—and may well hurt—unemployed workers.

Instead of budget gimmicks to hide new spending, Congress has the chance to practice fiscal responsibility by letting the program expire at the end of the 2015 fiscal year.