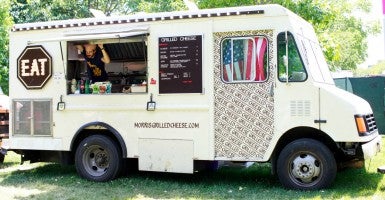 America is becoming the land of overregulation, with its entrepreneurial vitality increasingly drained by the massive expansion of the administrative state.

According to a new report by The Heritage Foundation’s Institute for Economic Freedom and Opportunity,

The number and cost of government regulations continued to climb in 2014, intensifying Washington’s control over the economy and Americans’ lives. The addition of 27 new major rules pushed the tally for the Obama administration’s first six years to 184, with scores of other rules in the pipeline. The cost of just these 184 rules is estimated by regulators to be nearly $80 billion annually…

Many more regulations are on the way, with another 126 economically significant rules on the administration’s agenda, such as directives to farmers for growing and harvesting fruits and vegetables; strict limits on credit access for service members; and, yet another redesign of light bulbs.

Indeed, job-creating entrepreneurs in the United States have been dispirited by the scope and cost of escalating red tape.

Since 2009, the expansion of Uncle Sam’s regulatory control has been one of the prime culprits in America’s startling decline in economic freedom and overall competitiveness. Each new edict has meant a new government bureaucracy that entrepreneurs and producers must navigate.

Worse, the trend of overregulating our economy has also bred cronyism and tarnished our free-market system.

As reported in the 2015 Index of Economic Freedom, an annual study that benchmarks the quality and attractiveness of the entrepreneurial framework across countries, the United States remains stuck in the second tier economic freedom rank of the “mostly free,” with its business freedom score plunging to the lowest level since 2006.

In light of the excessive and costly regulatory environment, it is not surprising that America’s ongoing economic recovery has been far from dynamic. Fewer Americans can prosper in this overregulated economy.

Without decisive action, the rising red tape will continue to hurt our economy and negatively impact the lives of many ordinary Americans. Restoring America’s economic freedom is ultimately about re-invigorating the free market dynamism that ensures opportunity for all but favoritism to none. The time to act is now.