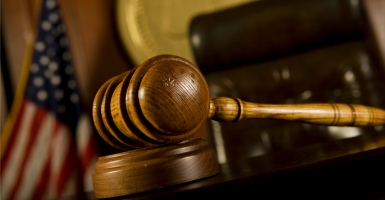 In another midnight filing last week in the immigration lawsuit filed by 26 states against the Obama administration in the Southern District of Texas, the U.S. Justice Department admitted that the Department of Homeland Security had violated federal Judge Andrew Hanen’s Feb. 16 injunction against President Obama’s immigration amnesty plan.

This was not the first such admission by the government. It had previously filed an “Advisory” on March 3 informing Judge Hanen that between Nov. 20, 2014, when the president announced his immigration plan, and Feb. 16 when the injunction was issued, the Department of Homeland Security had begun implementing part of the president’s plan by issuing three-year deferrals to over 100,000 illegal aliens.

In other words, despite having told Judge Hanen both in court and in written pleadings that no part of the president’s plan was being implemented until late February at the earliest, government officials were doing exactly the opposite.

On April 7, Judge Hanen issued an order with a scathing analysis of the Justice Department’s misbehavior, finding that “attorneys for the government misrepresented the facts” to the court. He told the Justice Department that he expected all of the parties in the case, including the government, “to act in a forthright manner and not hide behind deceptive representations and half-truths.”

Hanen also gave the Justice Department lawyers a hard time over not having informed him immediately upon their discovery of this misrepresentation, saying that their claim that they took prompt, remedial action was “belied by the facts”—namely, that they waited over two weeks to tell the judge.

They also say that Department of Homeland Security is in the process of converting “these three-year terms into two-year terms” and that Secretary Jeh Johnson has asked the “DHS Inspector General to investigate the issuance of these three-year [Employment Authorization Documents].”

In a separate, supplemental three-page order issued on May 8, Judge Hanen cites additional evidence to support his finding that the states have standing to challenge Obama’s immigration plan. In his Feb. 16 injunction order, Hanen referenced statements by Obama that there would be consequences for any Homeland Security employee who did not follow the requirements of the Nov. 20 amnesty plan. The Justice Department had tried to downplay the president’s statements.

However, Judge Hanen notes that while testifying on April 14—after the injunction was issued—before the House Judiciary Committee, Sarah Saldana, the director of Immigration and Customs Enforcement, “reiterated that any officer or agent who did not follow the dictates of the 2014 DHS Directive would face the entire gamut of possible employee sanctions, including termination.”

Hanen said that “the president’s statements have now been reaffirmed under oath by the very person in charge of immigration enforcement.”

Thus, according to Hanen, the government “has announced, and has now confirmed under oath, that it is pursuing a policy of mandatory non-compliance (with the [Immigration and Nationality Act]), and that any agent who seeks to enforce the duly-enacted immigration laws will face sanctions—which could include the loss of his or her job.”

The latest actions by the government may make it even harder for Justice Department lawyers to convince the 5th Circuit Court of Appeals to overturn Judge Hanen’s injunction.