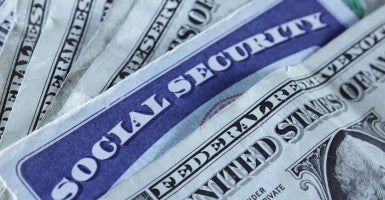 Lawmakers rely on projections from federal agencies, such as the Social Security Administration, the Congressional Budget Office and the Joint Committee on Taxation to assess the current path of the federal budget and how alternative policies could affect that path.

That is why a recent study showing the Social Security actuaries have consistently overstated Social Security’s financial well-being since 2000 is so troubling.

Forecasting is no easy task. Even the best forecasters inevitably miss the mark.

But typically forecasts err in both directions: sometimes they are too optimistic and sometimes too pessimistic. This was historically the case with Social Security projections.

That is, until recently. Since 2000, the Social Security actuaries’ estimates have increasingly underestimated the program’s costs, according to the study.

At present, the Social Security trustees project the combined Social Security and Disability Insurance Trust Funds will be exhausted in 2033. Under more realistic assumptions, taking into account factors such as life expectancy and birth rates, the trust funds could run dry much sooner.

Since 2000, the Social Security actuaries estimates have increasingly underestimated the program’s costs.

Social Security isn’t the only government agency that’s been criticized for its assumptions. Had the Congressional Budget Office used arguably more realistic assumptions when estimating costs for the Community Living Assistance Services and Supports, or CLASS, program, lawmakers would have been less likely to believe that Obamacare would reduce the deficit over the 10-year horizon.

According to Robert Saldin, “CLASS provided a windfall of $72 billion in CBO-certified savings, which accounted for half of the Affordable Care Act’s $132 billion in CBO-projected savings.” The Congressional Budget Office assumed unreasonably low administrative expenses, which were later revised upwards by a factor of seven by a Department of Health and Human Services actuary.

And despite widespread economic evidence and literature to support the contrary, the Joint Committee on Taxation continues to employ unconventional assumptions, such as the ability of a 100 percent tax on incomes over $20,000 raising trillions of dollars in revenue.

We cannot expect perfection from government agencies tasked with economic projections, but we can expect them to rely on historical evidence and economic consensus in establishing and adjusting their assumptions. Government forecasts must be independent of partisan politics, but they should not be immune to oversight, accountability and an appropriate level of transparency.

With the daunting fiscal outlook, economic forecasts are arguably more important now than ever before. It may be time to examine agencies’ practices to ensure their assumptions and methods closely track current data and economic consensus.

America cannot afford to enact new policies that will add to the already crushing debt, nor can it afford to delay necessary reforms under the guise of overly optimistic economic and budgetary projections.