After Expanding Under Obamacare, This 123-Year-Old Insurance Company Is Closing Its Doors 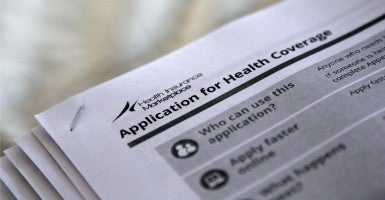 After expanding to do business on the Affordable Care Act’s exchanges last year, a Wisconsin-based health insurance company founded in 1892 has announced it will close its doors.

Assurant Inc. announced last week one of its subsidiaries, Assurant Health, an insurance company, will either be sold or shuttered after losing tens of millions of dollars this year. The decision comes 18 months after the implementation of the Affordable Care Act, and industry watchers argue Assurant Health’s end can be attributed to the new health care law.

“The health and employee benefits business segments possess differentiated capabilities in their respective markets, but we do not believe they can meet our return targets at the pace we require,” Alan Colberg, president of Assurant Inc., said in a statement. “While this is a difficult decision, we believe they would be strong assets for new owners that are focused more exclusively on health care and employee benefits.”

In a letter to its shareholders, Assurant Health said it lost money because of a reduction in recoveries under Obamacare’s risk mitigation programs and increased claims on the health care law’s 2015 policies.

Before Obamacare’s implementation, Assurant Health would underwrite its customer’s policies, which gave the company a competitive edge. The process involves adjusting the cost of a consumer’s premium based on factors such as medical history and age.

The Affordable Care Act, though, prohibited medical underwriting, and advocates touted the law as easing access to health insurance for people with pre-existing conditions.

“With respect to the Affordable Care Act, the skill set that an insurer needs to thrive in the Obamacare exchange market is different than the skill sets needed to thrive prior to the Affordable Care Act or in markets outside the exchange,” Ed Haislmaier, health policy expert at The Heritage Foundation, told The Daily Signal. “Most of the insurers offering coverage in the exchanges are used to operating in the individual and employer group markets. However, the exchange coverage design is a lot closer to Medicaid managed care than to traditional employer group coverage.”

In addition to offering insurance on exchanges in more than a dozen states, Assurant Health also sold plans to individuals in 41 states and small businesses in 34 states, insuring close to 1 million people.

“This is an opportunity for agents to reach markets and customer needs they may not have been able to in the past, so they can say ‘yes’ to more consumers with individual major medical needs–whether they are subsidy-eligible or not,” Charles Steele, executive sales officer of Assurant Health, said at the time.

Despite the company’s efforts to reach more consumers, Assurant Health saw a $64 million loss in 2014. During the first three months of 2015, the company reported operating losses of $80 million to $90 million.

“Overall, the changing regulatory landscape in the health industry was really too much for Assurant [Health] at this point,” he said.

Haislmaier, meanwhile, contends that the government’s intervention in the health insurance industry pushed companies out of the market.

“When the government standardizes any product, you’re going to end up with fewer producers,” Haislmaier said. “That’s because the effect of government standardization is to turn the product into commodity, which leaves little room for the supplier to show how its version is better than those of its competitors.”