What the Budget Conference Should Accomplish 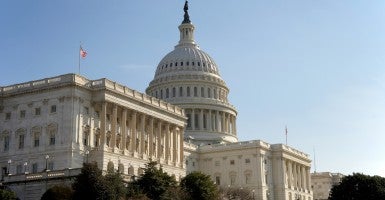 This week, House and Senate negotiators are expected to pass their budget plan. After the House and Senate passed their respective budget blueprints in March, Congress is now debating the final details for its fiscal year 2016 concurrent budget resolution.

The House and Senate budgets made progress in several areas, and fell short in others. What the conference agreement should accomplish is to combine the best aspects of the two congressional budgets—to put the budget on a path to balance and improve transparency in budgeting in Washington. These are key areas to watch this week:

Backtracking on Entitlement Reform. In 1999, premium support was the centerpiece of the majority recommendation of the National Bipartisan Commission on the Future of Medicare, chaired by former Sen. John Breaux, D-La., and former Rep. William Thomas, R-Calif. This proposal enables Medicare enrollees to apply a government contribution to the health plan of their choice and it is projected to save seniors and taxpayers money.

This proposal has been part of every GOP-controlled House budget since 2011. If lawmakers exclude it from their budget agreement this week, they are taking a big step in the wrong direction. Backtracking on commonsense entitlement reforms, like Medicare premium support, inspires little confidence that this House and Senate can make real progress towards fixing the entitlement-driven spending and debt problem.

Using Budget Gimmicks to Increase Spending. According to recent Politico reporting, negotiators to the budget conference plan on increasing spending on defense and nondefense discretionary programs by circumventing the Budget Control Act’s sequester-enforced spending caps. According to Politico:

“The two chambers are in the process of inking an agreement that freezes domestic spending, while authorizing a big boost for the Pentagon and granting appropriators the flexibility to spend an extra $20 billion on domestic programs.”

Deal With the Doc Fix Deficit. The House and Senate budget resolutions assume that doc fix legislation increasing Medicare payments to physicians would be fully paid for over the next 10 years. However, the doc fix bill that recently became law would increase the deficit by $141 billion. Recent press reports suggest that the concurrent budget resolution will include projected offsets to cover the balance. However, proposals in the budget blueprint only take effect when lawmakers make changes in law that conform to the budget resolution itself. Reconciliation is a way for Congress to make such changes.

Both the House and Senate passed balanced budget proposals. The concurrent budget resolution is where lawmakers can show that these budget resolutions are not merely messaging vehicles. Is Congress serious about putting the budget on a path to balance and improving transparency? Increasing the deficit, be it by failing to pay for the doc fix bill or by violating the intent of the Budget Control Act with spending gimmicks or backtracking on Medicare premium support, signals a lack of commitment to responsible budgeting.