How Florida Is Trying to Push Back Against Federal Government Overreach 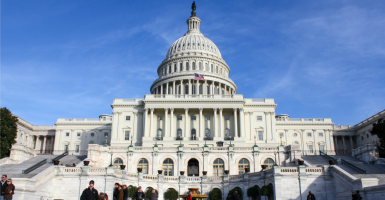 Federalism at the state level is more often preached than practiced.

For all the invocations of the 10th Amendment, state officials tend to act as vassals of the federal government tasked with assisting in the implementation of federal policies. Federal encroachments on state powers are either eagerly embraced—46 states have adopted Common Core—or accepted with passive resignation.

Florida is trying to change that. The Florida Senate has introduced a bill that would create a Commission on Federalism tasked with keeping an eye on federal overreach.

The commission would evaluate any “federal law, agency policy, mandate, or executive order” that “is not authorized by the powers delegated to the Federal Government or any of its agencies under the United States Constitution or violates the principle of federalism.”

The Founders and Federalism

The Framers of the Constitution did not think of the states as impotent administrative subunits of the national government. While the Constitution imposes certain limits on state powers (most notably in Article I, Section 10 and in the 14th Amendment) and grants certain powers to each branch of the national government, the states remain sovereign in their spheres of authority.

State officials, all of whom swear an oath to uphold the Constitution, are required to defend their powers and prerogatives. In Federalist No. 26, Alexander Hamilton expected the state legislatures to “sound the alarm to the people” if the national government exceeded its rightful powers.

How Florida’s Proposed Commission Would Work

Two things stand out in Florida’s proposed commission. First, it would be made up not of backbenchers or bureaucrats, but of senior members of the state legislature, including the president of the Senate, the speaker of the House and the minority leaders of each house.

The commission would therefore have the clout necessary for legislators to pay attention to its findings.

Second, the language of the bill avoids invoking nullification and thus entrusting the commission with unconstitutional powers.

Contrary to what some maintain, individual states do not have the power to unilaterally nullify federal laws. But they do have the duty to voice their opinion, in the strongest possible terms, when the federal government violates the Constitution or oversteps the limits of its authority.

The proposed commission is thus tasked with drawing attention to federal violations of the principle of federalism.

It may request information about a particular federal action, give written notice of their evaluations to the responsible agency and request meetings with them. It may even recommend that the governor call a “special session of the Legislature to respond to the evaluated law, agency, policy, mandate, or executive order.”

This may strike some as too timid a response to a perceived constitutional violation. But unlike the more rousing calls for nullification, it has the virtue of being constitutional.

And if other states get on the federalism bandwagon, lawmakers in Washington may be forced to consider the powers of the states when enacting legislation or issuing regulations.

Indeed, one of the duties of the proposed commission would be to correspond with the leadership of other state legislatures to coordinate responses. Utah created its own Commission on Federalism two years ago and the American Legislative Exchange Council has model legislation for the creation of others.

When confronting the modern federal Leviathan, individual states are isolated and weak. But if they join with other like-minded states and coordinate their efforts, they may be able to push back against Washington’s excesses.