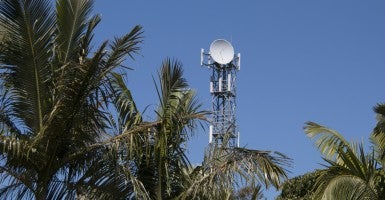 An Australian satellite company backed by hundreds of millions of dollars in taxpayer-funded loans from the Export-Import Bank has filed for Chapter 15 bankruptcy, putting the company’s future in doubt.

The Australian satellite company was also placed into administration, an alternative to liquidation. An Australian advisory firm, PBB Advisory, was appointed to manage the firm temporarily, and a second, McGrath Nichol, is overseeing its financial affairs.

According to public records, NewSat benefited from more than $300 million in loans from the Export-Import Bank. The company received the financing in 2012, 2013 and 2014, and the loans were awarded for the company to purchase products from Lockheed Martin.

Ex-Im’s Board of Directors unanimously approved NewSat’s financing in 2012 and 2013. Records were not available for the loans approved in 2014.

Ex-Im’s contract with NewSat requires the bank to be one of the first creditors to be repaid if the company goes into bankruptcy. However, the bank bears a substantial liability if the satellite project is cancelled.

Requests to NewSat and Ex-Im were not returned.

According to NewSat’s filings, PBB Advisory requested the bankruptcy court block Lockheed Martin from terminating its contract with NewSat. If that doesn’t occur, the firm warned there would be less of a chance the Export-Import Bank would be repaid.

The Export-Import Bank provides taxpayer-backed loans and loan guarantees to foreign countries and companies for the purchase of U.S. products. The bank’s future is currently being hotly debated by policy makers, as its charter expires June 30.

Additionally, the Australian company entered into “technical default” with Lockheed Martin after it failed to make payments of more than $21 million. Last year, NewSat officials flew to Washington, D.C., to meet with Ex-Im representatives. Repeated requests for information on the nature of the meeting went unanswered.