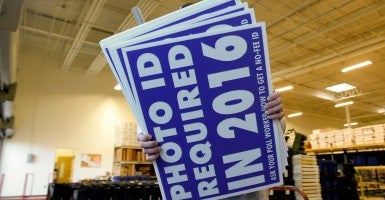 The Court refused to hear the American Civil Liberties Union’s appeal of a Seventh Circuit Court of Appeals decision that threw out the injunction issued against the state’s ID law by federal district court Judge Lynn Adelman.

Adelman, a Clinton appointee and former Democratic state senator, had thumbed his nose at the Supreme Court, claiming that he did not have to follow the Court’s prior 2008 opinion in Crawford v. Marion County upholding Indiana’s almost identical voter ID law. Adelman made the astonishing claim that Crawford was “not binding precedent.”

In a withering decision written by Judge Frank Easterbrook on Oct. 6, 2014, the Seventh Circuit rejected Adelman’s reasoning and threw out his injunction.  Easterbrook painstakingly dissected all of the errors in Adelman’s analysis, including his refusal to follow precedent. As Easterbrook said, “Crawford requires us to reject a constitutional challenge to Wisconsin’s statute.”

The U.S. Supreme Court temporarily stayed the Seventh Circuit’s ruling just prior to the November election, leaving Adelman’s injunction in place, but only until the Court made a decision on whether to grant a petition for a writ of certiorari filed by the ACLU. It was clear that the Court did not want the status quo in Wisconsin changed just before the election since it might be disruptive for voters and election officials unfamiliar with the new ID requirements.

With the Court’s rejection today of the ACLU’s petition, Judge Easterbrook’s decision stands, and the injunction has gone where it should be—into the trash bin of history and bad legal decisions.

Since the Wisconsin Supreme Court rejected a similar challenge to the voter ID law filed in state court last year in Milwaukee Branch of NAACP v. Walker, Wisconsin now joins numerous other states like Georgia, Indiana and South Carolina that have implemented a photo ID requirement for voting and most importantly, have beaten opponents of such a requirement in the courts.