What Percent of 75-Year-Olds Are Still Working? 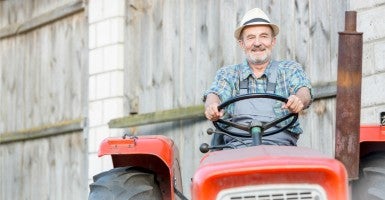 One of the major trends in the U.S. workforce during the early 21st century is seniors’ expanding participation in the labor force. People who qualify for AARP membership have been retiring later and are more likely to be in the labor force now than people the same age were during the 1990s tech boom.

There have been significant changes for all seniors, but the increase is most striking among people 65 and older. For 75-year-olds, labor-force participation has risen to 14 percent from 9 percent since 2000. The number of people age 65 to 79 in the workforce has grown by 3.5 million. Of that, 1.6 million is due to the growing population in that age group, and 1.9 million is due to the increased propensity to work.

The first baby boomers will turn 70 in 2017, and the number of retired Americans will skyrocket. Not only are the baby boomers an unusually large generation, but the Silent Generation that immediately preceded the boomers was a particularly small one, born in the lean years of the 1930s and ’40s. To grasp the magnitude of this change, consider that there were 3.5 million 65-year-olds in 2013, compared with just 2 million in 2000.

The United States is going to be a very different place, demographically, for the next 30 years. Seniors putting in more years at the office will help ease that transition, cover a small part of Social Security’s deficit, and allow more older Americans self-sufficiency in their retirement.