It’s Here: The Roadmap for a Government-Controlled Internet 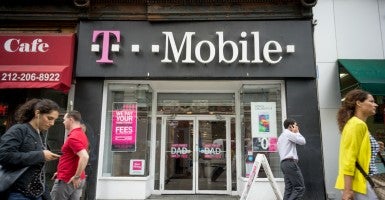 A full two weeks after voting to regulate the Internet as a public utility, the Federal Communications Commission has finally revealed the text of its Open Internet Order to the American public. Weighing in at 400 pages, the decision is an immense one—but it’s  clear that the order’s impact on the Internet and the economy will be even heftier.

The Commission’s action replaces 18 years of “light-touch” regulatory policy with clunky, antiquated rules first devised in the 1930s for the Bell telephone monopoly. These common carrier, or “Title II,” regulations the agency has imposed on Internet service providers are about as appropriate in the Internet age as trying to use a rotary phone to watch a movie on Netflix.

The burdensome rules will chill investment in the core of the Internet, leaving everyone with slower speeds and less innovation.  A broad range of innovative and pro-consumer services will potentially be stopped cold by the rules, potentially including such popular offerings as T-Mobile’s “Music Freedom” plan that allows unlimited access to music streaming services, and Sprint prepaid social media access plans.

What exactly will be prohibited to consumers, however, is still unknown, as the rules leave final decisions in the discretion of regulators. Is this really what openness looks like?

Fortunately, the debate over these rules is not over. Congress is gearing up to overturn the new rules, with Rep. Marsha Blackburn, R-Tenn., last week introducing a bill to reverse the Federal Communications Commission’s actions. And the rules will no doubt be reviewed by a wary judiciary, which has twice before knocked down similar regulatory power-grabs by the Commission. The text released Thursday is far from the final word.