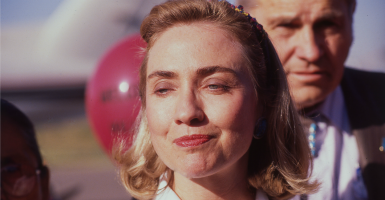 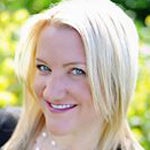 Hillary Clinton broke her silence this week to address the scandal involving emails during her time at the State Department. Although it was refreshing to hear the former secretary of state finally speak, it was shocking to see how clumsily she handled the defense of her actions.

After all, it is hardly Hillary Clinton’s first rodeo when it comes to document destruction. Whether it was the Rose Law Firm, the firing of the White House travel office, her super-secretive committee on “Hillarycare,” Benghazi or even Vince Foster’s untimely death, Hillary Clinton always seems to be present when critical documents aren’t. One needs to look no further than her involvement with the Rose Law Firm more than 20 years ago, which provides valuable insight into the woman who once again finds herself under fire for similar allegations.

Most Americans have forgotten, but in the 1990s, Hillary Clinton gained notoriety by being the first First Lady in American history to be called to testify in front of a grand jury. Not only was Hillary called to testify, but as part of the grand jury investigation, she became the subject of accusations of suspicious activity concerning missing subpoenaed records from the Rose Law Firm where she had worked in the mid-1980s. Of interest to prosecutors were records from the Whitewater land deal in Arkansas and Hillary’s legal representation of convicted felon Jim McDougal’s savings and loan association, Madison Guaranty.

But for Hillary, a sitting first lady, the subterfuge was only beginning. Federal prosecutors subpoenaed documents surrounding the real estate transaction, but the papers went missing for two years—until January 1996—when Hillary’s aide reported that they had magically appeared in the book room on the third floor of the White House in the Clintons’ personal residence.

With no explanation provided by Hillary regarding the subpoenaed documents, which turned out to have been in her custody the entire time, investigators called in the Federal Bureau of Investigation to “ascertain [Hillary’s] role in their mysterious disappearance.” An FBI fingerprint analysis of the Rose Law Firm billing records revealed there were two significant sets of fingerprints on the missing subpoenaed documents—those of White House Deputy Legal Counsel Vince Foster and Hillary Clinton.

The Senate Whitewater Committee, which at the time also was investigating the matter, ultimately concluded the documents indeed had been placed into the book room by Hillary Clinton herself. Hillary of course stated she had “no idea” how the documents had ended up there.

In the midst of the investigation, Foster died in what was ruled a self-inflicted gunshot wound, and more chicanery surfaced—a hard drive from Foster’s White House computer went missing. It eventually turned up in the Old Executive Office Building across the street from the White House, but investigators ultimately were unable to recover documents from the hard drive because it had been significantly damaged.

Those events were shocking at the time, but the Rose Law Firm case actually pales in comparison to the magnitude of Hillary’s missing State Department emails today.

First, the Rose Law Firm emails didn’t involve loss of human life, as could be the case with Hillary’s emails relating to Benghazi.

Second, the Rose Law Firm billing records allegedly hidden by Hillary for two years consisted of just 115 pages—a far cry from the 55,000 pages of printed emails Hillary has agreed to provide to the State Department. Those are simply the emails Congress is aware of. As Rep. Trey Gowdy, R-S.C., chairman of the House Select Committee on Benghazi, has said, there appear to be “months and months and months” of missing emails.

One thing is certain: Gowdy and Congress have their work cut out for them, as the Clintons and their allies are steeped in a culture of document destruction and subterfuge. It’s difficult to predict precisely how the investigation into Hillary’s missing emails will end—or, more accurately, when it will end—as the Clintons have become so adept at hiding documents it often takes months, sometimes years, to uncover them.

As America heads into the 2016 presidential election cycle, Hillary’s email scandal will, at best, serve as a distraction to her campaign. At worst, Hillary’s actions may involve criminal investigation for violations of the Federal Records Act, which would automatically disqualify her from the goal of returning to the White House residence—not too far from where those Rose Law Firm records were hidden from public view. Whether a private server room in a Chappaqua, N.Y., home or the book room inside the White House, the moral of the story is this: The rooms often change, but Hillary’s predilection for hiding documents never does.