How Lawmakers Are Trying to Control San Francisco’s Catholic Schools 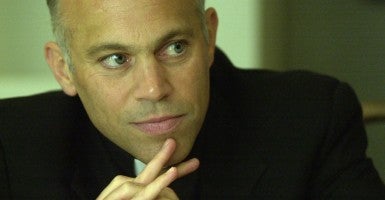 San Franciscans are currently debating a simple question: Should the government respect the right of Catholic schools to be authentically Catholic?

San Francisco Archbishop Salvatore Cordileone thinks so. But eight California senators and assemblymen sent the archbishop a letter last month, saying that his actions in issuing new faculty guidelines “foment a discriminatory environment in the communities we serve.” On Feb. 23, two of the signers even asked the California Assembly Labor and Employment Committee and the Assembly Judiciary Committee to investigate the archdiocese’s actions.

These beliefs shouldn’t surprise anyone familiar with the Catholic Church—the 2,000-year-old institution has clearly defined its moral teachings throughout the years. Yet lawmakers objected, contending in a Feb. 17 letter to the archdiocese that the new guide is “divisive.” They asserted that by spelling out the teachings of the Catholic Church and requiring high-school staff to not publicly undermine those teachings, teachers could be dismissed for private decisions not in accord with Catholic teaching.

The archbishop responded, calling the idea that the clauses could apply to an employee’s private life a “falsehood” in a Feb. 19 letter. Then he put a question to the lawmakers: “Would you hire a campaign manager who advocates policies contrary to those that you stand for, and who shows disrespect toward you and the Democratic Party in general?” Of course they wouldn’t, and Archbishop Cordileone summed up the problem: “I respect your right to employ or not employ whomever you wish to advance your mission. I simply ask the same respect from you.”

Archbishop Cordileone also explained that the mission of Catholic education is to ensure that students receive a complete education: intellectually, spiritually and morally. If teachers are to fulfill this goal, they must be consistent in what they teach in the classroom and in what they advocate in the public square.

American business and civic institutions frequently make choices to remain true to principles even when it is unfashionable or may hurt their bottom line—for example, CVS last year pulled cigarettes from shelves, calling the sale of tobacco “inconsistent with our purpose—helping people on their path to better health.” This choice is even more essential for religious schools, which must be able to have teachers who support—or at least don’t publicly attack—the school’s beliefs. Lawmakers shouldn’t be using threats of governmental investigation to control those decisions.

Yet similar coercion is taking place throughout the country. Last year, the New England Association of Schools and Colleges opened an investigation into Gordon College—a Christian school. The association gave the college a year to review its conduct standards, which ask all members of the Gordon community to live by the Christian virtue of chastity—with the implication that Gordon could be at risk of losing accreditation. Gordon is currently undergoing that internal review and says it plans to submit a report later this year.

Elsewhere, the Department of Health and Human Services’ contraception mandate has created a comparable threat for Notre Dame and Wheaton College—both of which are plaintiffs in ongoing lawsuits. That mandate forces religious schools to provide and pay for coverage of abortion-inducing drugs, contraception and sterilization regardless of a school’s religious objection. The law would compel these colleges either to stop offering health insurance altogether—and incur steep fines—or to violate their deeply held beliefs.

Provided private schools meet basic standards of safety and education, the government shouldn’t be in the business of coercing them to conform to someone else’s moral beliefs. After all, many families send their children to private schools precisely to escape government moral indoctrination. It is because of these schools’ distinctive creeds that families sacrifice to afford sending their children to private religious schools. Government officials should respect the ability of such schools to witness to their faith.

This is why public policy should protect Archbishop Cordileone’s decision to ensure that Catholic high schools retain an authentic Catholic identity. The revisions to the school handbook foster an equilibrium between institutional integrity and personal liberties. This freedom is exactly what allows all Americans—in whichever school they choose to attend—to live in a diverse and civil public sphere.