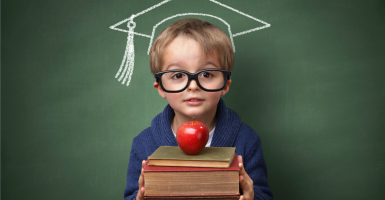 In the latest vindication of school choice, on Monday the Alabama Supreme Court overturned a lower court’s ruling by upholding the constitutionality of the state’s Accountability Act of 2013— which created two tax credit scholarships for children trapped in failing schools.

As of 2013, individuals have been able to benefit from a tax credit for contributions they make to a scholarship-granting organization. Those organizations then provide scholarships to qualified students to attend a private school of choice.

The tax credit options are the state’s first private school choice vehicles. It enables students from low-performing schools or from families with an annual income below 200 percent of the federal poverty level to transfer out of their assigned public school and into a private school of their choice with a tuition tax credit scholarship.

The personal-use tax credit provides a tax credit to parents or guardians to help offset the cost of private school tuition. At the same time, the corporate tax credit allows individuals or businesses to claim a dollar-for-dollar tax credit for contributions to approved scholarship granting organizations.

Shortly after the program was created, the state’s largest teachers’ union, the Alabama Education Association, and its allies filed suit against the program. Their ten complaints can be distilled into two categories: the scholarships violate legislative procedure and the scholarships spend state money improperly, particularly by allowing parents to use the scholarships at religiously affiliated schools.

The union argued that Alabama’s constitution requires that each law be passed under one subject. A similar argument was dismissed by the Florida circuit court in September, ruling the state’s education savings account program constitutional.

The Alabama Supreme Court overturned the circuit court’s decision instead ruling that the Accountability Act of 2013 is an appropriations bill and section 45 of the state constitution exempts general appropriation bills from its single-subject requirement. Furthermore, each law within the bill contains a single subject; in the case of the tax credit scholarships, that single subject is education.

The Alabama Supreme Court also held that students are able to select private schools of their choice with the tax credit scholarship because the privately funded scholarships “follow the child.” The court wrote:

“The Alabama Accountability Act as a whole ensures that any aid that may ultimately flow to a religious school as a result of the tax credit will do so only as a result of the private decision of individual parents rather than flowing directly from the state.”

The court’s decision rests on the same jurisprudence undergirding the landmark United States Supreme Court ruling Zelman v. Simmons-Harris (2002), which held that a state-sponsored voucher program does not violate the Establishment Clause of the U.S. Constitution when the program is neutral with respect to religion and the “money follows the child.”

According to the Alabama Court,

The AAA [Alabama Accountability Act] has a secular purpose, insofar as it aimed at improving public education by injecting additional accountability into the education system, as well as ensuring educational opportunities for children in failing public schools. The purpose of the Section 8 tax credit is to provide financial aid or assistance in the form of a refundable State income tax-credit to parents who choose to remove their child from a failing public school to offset the expenses incurred by transferring the child. Thus, the Section 8 tax-credit provision was designed for the benefit of parents and students, and not for the benefit of religious schools. The Section 8 tax-credit provision is neutral insofar as the credit is extended to a class of parents who have children in failing public schools and is extended without reference to religion.

Educational opportunity through school choice empowers parents with the ability to direct education funding toward a schooling option that best fits their child. In the case of K-12 tuition tax credit scholarships, funding is made up of private contributions to nonprofits that provide scholarships.

The Court’s decision to uphold the constitutionality of Alabama’s tax credit scholarship program opened doors of opportunity to some of the students who are most in need in Alabama , and as Cato Institute policy analyst Jason Bedrick has noted, “scholarship tax-credit laws have a perfect record of constitutionality thus far.”